Modern Islamic Thought Through a Different Lens: Bringing the Late Ottomans Into the Story 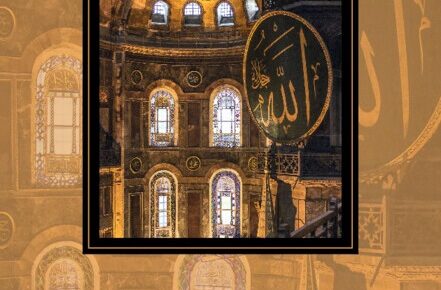 On November 17 my latest book is finally published and I just wanted to give a brief outline here of what it’s about. Titled Late Ottoman Origins of Modern Islamic Thought: Turkish and Egyptian Scholars on the Disruption of Islamic Knowledge, it starts off from a basic observation: if you read any of the histories of modern Islamic thought you’ll find ample discussion of Egyptian, Saudi, Syrian, Pakistani, Indian, Indonesian and other religious scholars but oddly hardly a Turkish or Ottoman name is in sight. Take Muhammad Qasim Zaman’s exemplary Modern Islamic Thought in a Radical Age – it lacks mention of Said Nursi, who is absolutely dominant in the separate field of Turkish Islam that modern scholarship has created to discuss Islam as a political, economic and social phenomenon in modern Turkey. That in itself should set off alarm bells – why are we talking about Turkey as if it is a category apart?

The answer of course is the idea of the Turkish republic established by Mustafa Kemal Ataturk as a radical break from the past, which has fed the concomitant assumption that the 500-year epistemological edifice of Ottoman Islam in essence disappeared overnight. Nursi is cast in this narrative as the sole figure capable of recovering something, on which others would be able to build, giving us Necmettin Erbakan, the Milli Görüş movement, and today’s AKP, etc. I’m simplifying of course, but the point is that it has been all too easy to write off the legacy of the Late Ottoman religious establishment and the devout intellectuals who ardently fought the rising secular nationalist tide in the early 20th century before the sultanate’s final demise and transformation. The studies that look at those figures tend to give the impression that their struggles ended with them in Istanbul. We would assume that they had no impact on Turkey in the ensuing decades or the rest of the Muslim world where the ideas of figures such as Hasan al-Banna, Sayyid Qutb, Abul A’la Mawdudi, Muhammad Iqbal, Nasir al-Din al-Albani and many others interacted and comingled to produce a rich intellectual field.

This book argues otherwise, and I hope it will spur further research into the Late Ottoman legacy. I look specifically at three key figures who chose exile in Egypt as radical secular forces seized power in Istanbul: Mehmed Akif, Mustafa Sabri and Zahid Kevseri. Along with Nursi, I see them as the bearers of a great tradition who had that impact on Turkey and modern Islamic thought that was assumed absent. They were partly able to do this because they exited the Turkish scene, which has had the unfortunate side-effect of making them invisible to modern scholarship since we tend to dissect along national lines. The books is divided as follows: Foreword, 1. The Late Ottoman intellectual tradition: a historiographical review, 2. Ottoman exiles: from Constantinople to Cairo, 3. Ottoman scholars and their reception of Muhammed ‘Abduh, 4. The Salafi revolution: Kevseri’s defence of Sunni traditionalism, 5. Nation state, Islamic state: the Egypt exiles and new political imaginaries, 6. The Late Ottomans’ impact on modern Islamic thought, Appendices.

About the Author: Andrew Hammond

Andrew Hammond is a Tutor in Turkish History at the University of Oxford. He formerly worked as a journalist covering the Arab Spring and a political analyst on Middle East Affairs. His previous books include What the Arabs Think of America (2007), The Islamic Utopia (2012) and Popular Culture in North Africa and the Middle East (2017)....

Invitation to a Witch Hunt