Converging Crises: Reflections on Narrative in the Past and Present 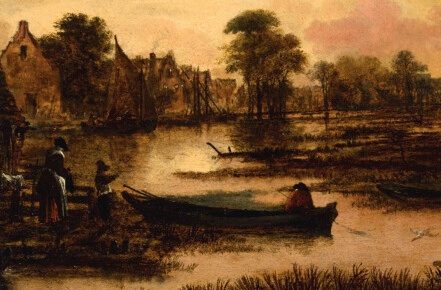 On the 20th of January 2021, the Biden administration released a fact sheet detailing executive actions it would deliver within hours of inauguration. The orders addressed four interrelated crises: the COVID-19 pandemic, its economic impacts, systemic racism, and climate change. The White House framed these challenges as “converging crises” – an apt encapsulation of a moment when acute hazards appeared to uncover, compound, and intersect with chronic social and environmental problems.

The expression also seemed somewhat slippery and ill-defined. It encompassed crises as varied in cause and character as they are different in the scale and scope of their impacts. The fact that the term had already been employed in the months previous to describe wildfires and housing crises in California, deforestation and oils spills in the Amazon, and political instability in Russia, among many others, further muddied its meaning. Convergence was not coincidence, but what defined their relationship?

This sudden increasing interest in crisis connectivity fascinated me, in part, because it reflected the subject of a book I was then completing. Natural Disaster at the Closing of the Dutch Golden Age is an environmental history of disaster and decline. It examines the interrelated origins and outcomes of a series of devastating calamities that affected the Dutch Republic during the first half of the eighteenth century, including numerous coastal and river floods, two separate panzootic waves of cattle plague, and a bizarre outbreak of woodboring mollusks that threated widespread inundation. These disasters occurred amidst other seemingly disconnected crises, including severe frosts, harvest shortages, two continental wars, and a century-long agricultural recession. In fact, these events were connected, and the book uncovers their complicated relationships. Although nobody would have described their experiences in this manner, they were living through converging crises.

I don’t want to overstate this congruity. After all, much more separates than connects our lives with the early modern Dutch. In fact, I found myself ultimately drawn to a point of contrast. Accounts of multiple crises tend to emphasize the material conditions that bring them into convergence. The cascading social, economic, and human health impacts of the pandemic constitute the obvious throughline today. This material perspective was important in the eighteenth-century as well, but to this they added another important connective thread. Narrative. Stories colored their perception, motived response, and provided the interpretive threads that bound their experiences together. During this period, no story was as significant as decline – a collective anxiety born of perceived changes in the Republic’s economic influence, geopolitical power, and ability to manage environmental risks. The declensionist narrative was meaningful, not because it was uniform and unchanging, but because it wasn’t. It evolved and, over time, provoked varied responses, including denial and repression, but also moral reflection, technical innovation, and societal improvement. The narrative applied meaning to crises and their convergence, in other words, but it remained a malleable template that could be wielded to divergent ends.

Narratives perform similar work today, so I can’t help but wonder what types of stories will emerge to bind our present crises together. Although declensionism again appears in vogue (if popular neologisms of social-environmental anxiety are any indication), no doubt there will be a multiplicity of options, as diverse and distinct as the affected communities themselves. I’m less concerned about the specifics than their use. Anxieties about decline were wellsprings of motivation and empowerment in the eighteenth century, but they were quite capable of compounding suffering as well, whether by scapegoating and persecution or reinforcing the factors that led to crises in the first place. If the past hints at the possible, we should be cautious. Our stories today hold the same potential.

About the Author: Adam Sundberg

Adam Sundberg is an associate professor of History at Creighton University. His work has appeared in Environmental History, Dutch Crossing, and The Low Countries Journal of Social and Economic History....