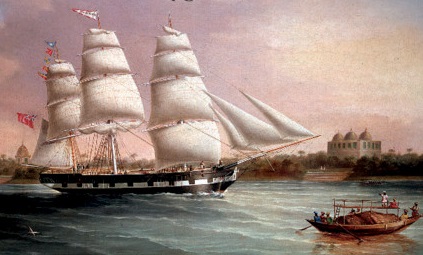 How to view the history of India in a global perspective ? One answer is to frame it within a project of ‘provincialisation’ of Europe as advocated by Dipesh Chakrabarty. But there is an alternative possibility with Sanjay Subrahmanyam’s call for ‘connected histories’. I have explored it in ‘India and the World : A History of Connections c. 1750-2000’. My point of departure is the idea that the history of India during that period cannot be entirely contained within a narrative of colonialization and liberation as it is in mainstream historiography. Not that I deny the relevance of that framework or try to write a ‘revisionist’ history. But it is clear to me that reducing the history of India to a confrontation between British colonizers and colonized Indians will yield only a limited harvest. What I have instead attempted is to draw as comprehensive a picture as possible of Indians’ engagement with the world at large, not only members of the elite but also agricultural labourers, traders and sepoys (soldiers), to name the groups most represented among expatriates. They rarely left written accounts of their experiences, but I have drawn on the few that are availalable, like the narrative by a small Tamil trader of his ten-year stay in Burma, as collected by an anthropologist. It yields rich insights about the way ‘ordinary’ Indians dealt with expatriation, be it in a neighbouring country that was separated only in 1937 from British India.

This kind of narrative helps answer the question of how Indians interacted with the different populations they were in contact with. The racial discrimination they were subjected to in white settler colonies, such as South Africa , Rhodesia or Kenya, has been well covered in the existing literature but the kind of relations they entertained with other non-whites has come under less scrutiny. It is largely the focus of one chapter in the book, ‘Indians and Others’. I point to a widespread pattern of tension if not outright hostility between Indian immigrants, whether arrived under indenture or kangani, and other non-white inhabitants, that was encouraged by the white plantation owners and colonial administrators. The resulting outcome was often episodes of violence, some of which I have chronicled. They occurred in a wide array of locations, from Burma and Malaya in Southeast Asia to Guyana in the Caribbean, Durban in South Africa and the Fiji islands, culminating in the 1972 expulsion of all Asians from Uganda by Idi Amin. As a corrective to this bleak picture, I mention rare cases of more positive interaction in forms of religious syncreticism or a limited pattern of interracial marriages.

More generally the relationship between India and the outside world appears characterized by a degree of misunderstanding . Connections did not necessarily produce cognition, and I give different instances of misrepresentations on both sides. Thus the great Bengali poet Rabindranath Tagore became a worldwide celebrity on the basis of translations of his poems, largely his own, that were not totally faithful to the original, but fitted the expectations of a Western public eager for Eastern ‘spirituality’.

About the Author: Claude Markovits