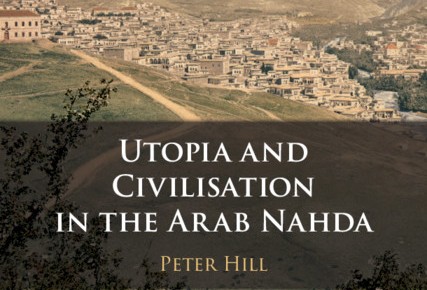 Herman Melville’s last novel, The Confidence-Man, was published on April Fool’s Day, 1857. Aboard a steamboat on the Mississippi, a series of plausible projectors invite their fellow passengers to interest themselves – and invest – in a wild variety of impressive schemes. Touting ventures which range from the Black Rapids Coal Company to the Philosophical Inquiry Office, from an asylum for Widows and Orphans to the Protean Easy-Chair for invalids, from a project for universal charity to one for mass conversion of the heathen – the confidence-man’s various incarnations invite their audiences to have, above all, ‘confidence’ in their fellow-men, and in the boundless possibilities of profit and philanthropy.

Melville was passing ironic comment on an era, in the USA and elsewhere, which was consumed by what Eric Hobsbawm called ‘the drama of progress […] massive, enlightened, sure of itself, self-satisfied but above all inevitable.’  What Hobsbawm called the ‘age of capital’ was transforming the world at an extraordinary pace, via steamships, railways, industrial factories, a massive expansion of trade and production.

The ‘confidence’ and optimism which these new possibilities inspired have often been seen as belonging essentially to the rich and powerful of the Western world. This was, to quote Hobsbawm again, ‘the drama of European and North American power, with the world at its feet.’  Yet these were not the only people to be inspired by and to share the fruits of the ‘age of capital’. My new book, Utopia and Civilisation in the Arab Nahda, is designed to show how this era looked, not from London, Paris, or New York – but from Cairo, Aleppo, and Beirut. When the young Beiruti journalist, Khalil al-Khuri, launched a new Arabic newspaper in 1858, nothing seemed more natural than to announce it with a poem entitled ‘the New Age’:

Arise, see how the universe orders itself by design;
Witness the age, how it smiles with refinement!

He follows this with an appeal to his readers to ‘storm forth to acquire knowledge and science’, to participate in the cultural glories of this new era of ‘advancement’ and ‘civilisation’. Khuri was not alone: other intellectuals across the Arab provinces of the Ottoman Empire, as well as prosperous merchants and determined state functionaries, were busy bringing these cultural glories into being. Their movement of new schools and printed books, cultural societies and newspapers, would become known as the ‘Nahda’ – the Arab awakening or renaissance. As my book relates, it included a dimension of truly utopian imagination, in which Arab societies, refashioned by their own powerful and enlightened elites, would partake fully of the worldwide ‘new age’ of nineteenth-century ‘civilisation’ – as well as an undercurrent of scepticism and anxiety.

This is not the story that has generally been told about Arab intellectuals’ early responses to capitalist modernity. More commonly, scholars have focussed on the very different experiences of the later nineteenth and early twentieth centuries, when the Arab lands fell victim to an aggressive, territorial European imperialism. Arab writers of this period were, understandably, far more concerned with Western-produced hierarchies, and with countering these by way of their own, authentically-indigenous versions of nationhood and culture.

The resulting polarities of Western imperialism and anticolonial resistance continue to shape discourse about and within the Middle East to this day – with reason, as Western states still exert major power in the region. Yet at the same time, the ongoing drama opened by the Arab revolts of 2011 and their suppression pushes us to reflect on the enduring power of the ruling elites and projects of the Arab countries themselves. In this context, a renewed attention to these elites’ early and often enthusiastic encounters with a global capitalist modernity, and their projects for enlightened rule over their own uncivilised subjects, has its value. It can remind us that the ruling classes, state structures and dominant cultural projects of the Arab world must be seen as entities with their own identity and history, whose place in world history has not been exclusively mediated through the lens of imperialism and resistance. 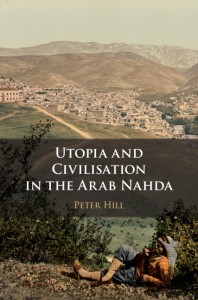 Utopia and Civilisation in the Arab Nahda By Peter Hill

About the Author: Peter Hill

Peter Hill is a Vice Chancellor’s Research Fellow in History at Northumbria University, Newcastle-upon-Tyne; previously, he was based at Christ Church, University of Oxford. An intellectual and cultural historian of the Arab world in the long nineteenth century, he has lived and studied in Syria, Lebanon and Egypt. He has published articles in jo...