Why have medieval archaeologists failed to reflect critically on the sacred?  The answer may lie in archaeology’s prevailing intellectual tradition, which promotes a humanist or secular position, even when we study the remains of religious buildings and landscapes.  By privileging certain narratives – such as authenticity, economic value and ‘rational’ behaviour – archaeologists have not taken adequate account of spiritual value and its relevance to people both today and in the past.  Medieval archaeologists have also neglected to consider the significance of sacred heritage to contemporary social issues such as identity, conflict, cultural diversity and professional ethics.

My new book reflects on the theme of sacred heritage by engaging medieval archaeology in dialogue with heritage studies. It responds to the burgeoning public interest in medieval sacred heritage, demonstrated by the marked increase in visits to religious buildings, the frequency of temporary exhibitions focusing on the sacred, and even the foundation of new museums dedicated to religious life in the past.  The most poignant recent testimony was the public response to the fire at Notre Dame in Paris, in April 2019.  A grave sense of loss was shared across the world, while in France, the scale and speed of financial pledges to rebuild the cathedral reflect its status as a national symbol of pride and identity.

This book draws on global perspectives from heritage studies, archaeology, museology, anthropology, history and architectural history to consider how sacred heritage is defined, valued and interpreted.  What is the contemporary value of medieval sacred heritage in an ostensibly secular society?  I argue that sacred heritage is fully compatible with humanist values – it can evoke a ‘spiritual’ experience by prompting reflection on mortality and loss; enhance a connection with nature or collective social memory; or instil a sense of personal wellbeing that comes from the ‘timelessness’ that characterises medieval religious spaces. The archaeological study of medieval Christianity has remained largely outside social, political and heritage discourses. Religion is frequently perceived as something separate from everyday life in the Middle Ages, with the archaeological study of churches and monasteries presented as scientifically neutral, a-theoretical and a-political.

I aim to revitalise the archaeological study of medieval sacred sites by moving between debates in contemporary heritage and the interpretation of medieval archaeology, to explore sacred heritage both today and in the medieval past.  My objectives are:  first, to contribute a critical overview of the field of sacred heritage; and second, to develop an approach to medieval monastic archaeology that emphasises the sensory experience of religion.  I present case studies of Scottish monastic archaeology and the iconic site of Glastonbury Abbey, contributing new perspectives on the themes of monastic identity and regional distinctiveness, monastic technologies of healing and magic, and memory practices in the sacred landscape.  I argue that archaeological interpretations of medieval religion can be enriched by engaging creatively with folk belief, magic and spirit, to develop compelling accounts of the past that acknowledge multi-vocality and the contemporary appeal of intangible heritage, such as myths, legends and local traditions. 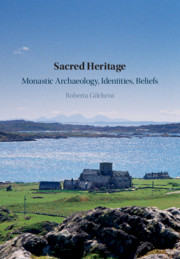 About the Author: Roberta Gilchrist

Roberta Gilchrist is Professor of Archaeology at the University of Reading. A pioneer of gender and life course studies in archaeology, she was elected Fellow of the British Academy in 2008, voted Current Archaeology's 'Archaeologist of the Year' in 2016, and became an Honorary Fellow of Jesus College, University of Cambridge in 2018. She is the au...