An Interview with Marloes Janson

Marloes Janson, the author of Islam, Youth, and Modernity in the Gambia, answers our questions about her unique study of the Islamic missionary movement Tablighi Jamaʻat in western Africa. 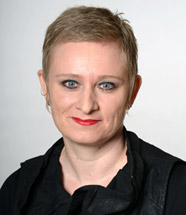 This is a study of the emergence of the Tablighi Jamaʻat – a transnational Islamic missionary movement – in the Gambia in the past decade. How did a movement that emerged in South Asia appeal to the local Muslim population of the Gambia – youth and women in particular?

First British colonial rule is one factor that has helped facilitate the spread of the Tablighi ideology, which was disseminated by South Asian missionaries who preached in English, the national language of the Gambia. Second the appearance of South Asian Tablighi missionaries has coincided with the recent political Islamic resurgence in the Gambia. Captain Jammeh assumed power in 1994 and invoked Islam to enhance his political legitimacy. This provided fresh scope for the creation of a public discourse on Islam in the Gambia. As a result, an increasing number of Gambians, youth and women in particular, seemed to be receptive to a new interpretation of their faith. Thus, conditions in the Gambia provided fertile soil for the Tablighi Jama‘at to take root.

In my monograph I argue that the Jama‘at offers disenfranchised youth a new sense of Muslim identity and a framework for collective action in the face of growing socio-economic and political instability. In an attempt to forge a novel Muslim identity for themselves that is based neither on that of their parents nor on the dominant Muslim culture, a growing number of young Gambians have affiliated themselves with the Jama‘at. But the adaptation of the movement to a local setting has resulted not only in a more prominent role for Gambian youth, but also for women. In addition to providing clarification on women’s religious duties, the Jamaʻat was highly valued by the female Tablighis with whom I worked for the social platform it affords women who otherwise rarely leave the compound. During my field research it appeared that Tablighi women of all ages find opportunities to assemble for learning and joint worship, and these occasions were appreciated by my female interlocutors for building sociality and solidarity.

This is the first monograph on the Tablighi Jamaʻat in Africa. Why have studies of this movement in Africa been so lacking?

An explanation for the academic indifference towards the Tablighi Jamaʻat in sub-Saharan Africa (and there are a few studies of the movement in North Africa and South Africa) is that this region has been seen as the ‘periphery’ of the Muslim world, in terms of both geography and religious influence. Moreover, the idea of an ‘African Islam’, reflecting the Sufi bias typical of scholarship on Islam in West Africa, hampers a better understanding of the emergence of Islamic reformist movements of which the Tablighi Jama‘at is one prominent example. Therefore I felt that this book on the Gambian branch of the Jamaʻat needed to be written, although conducting research on the movement was not easy at all.

What were the greatest challenges you faced in writing Islam, Youth, and Modernity in the Gambia?

The Tablighi Jamaʻat sees publicity as threatening and discourages people from writing about it. Given the closed character of the Jama‘at and its shying away from publicity, conducting ethnographic field research on the movement was quite an undertaking. At first I was seen as a spy and an enemy, and the Tablighis were reluctant to talk to me. To legitimize my research, I argued that the image of ‘fundamentalist’ Islam in the West is distorted and that my research could help to give a more nuanced picture. This had some effect: a number of young Tablighi men were willing to talk to me, probably induced by curiosity and the idea that it was their religious duty to convey their knowledge of Islam. Middle-aged Tablighi men were not so eager to talk, and they wanted to be interviewed only from behind a curtain in order not to see me. Since interviewing from behind a curtain prevented me from seeing my interlocutors and interpreting their body language, I experienced the curtain as a great impediment in the fieldwork encounter. I therefore decided to adopt the niqab or face veil. Although on hot days the niqab was suffocating, it enabled me to interview Tablighi men without physical separation.

The fact that my interlocutors knew I had conducted field research in the Gambia for a long time also changed my status and increased my acceptance. The Gambia is such a small country that the Tablighis whom I met knew, or were even related to, several of my former interlocutors. This inspired their confidence. At the end of my research I learned that because of my perseverance, I was called the ‘iron lady’ in Tablighi circles. This was probably not meant as a compliment, but I took it as one!

Is it possible to draw any parallels between the emergence of the Tablighi Jamaʻat in the Gambia with its origins in India in the mid-nineteenth century?

Although the Tablighi Jamaʻat originated in South Asia and from there expanded to other parts of the world, including the Gambia, the Gambian branch of the movement has local features that differ from its origins. For instance, unlike in South Asia, in the Gambia the Jama‘at has grown into a youth movement. In addition to its appeal to youth, another local feature of the Jama‘at in the Gambia is its popularity among women. Unlike in South Asia, Gambian Tablighi women are actively involved in tabligh or missionary work, setting out on missionary tours frequently. The articulation between the Jamaʻat’s global characteristics and its local peculiarities raises the question as to whether we can still talk about a local branch of a global movement – or should we speak of Tablighi Jamaʻats in the plural? My monograph tries to answer this question. In short, the challenge Gambian Tablighis face is localizing a global Islamic movement while at the same time globalizing local Islam.

In Islam, Youth, and Modernity in the Gambia, you draw on the narratives of five Gambian Tablighis. How have they managed to bring the Tablighi ideology into their daily lives? And reconcile their faith with a modern lifestyle?

By recording the biographical narratives of three Gambian Tablighi men and two women, I have tried to gain a better understanding of the ambiguities and contradictions young people are confronted with in their negotiation and renegotiation of Muslim identity. Their urgent wish to embrace a pious lifestyle often collides with youthful pleasure in listening to music, dancing, flirting, and other forms of leisure. Underlining the challenges they face in their quest for moral perfection, my interlocutors described the process of becoming a Tablighi as a ‘conversion’ and ‘spiritual journey’. The metaphor of a spiritual journey within Islam implies that conversion is not always a success story, but is characterized by uncertainty and flexibility, sometimes leading to a higher level of spirituality and at other times to backsliding.

Together these narratives form a picture of how Gambian young men and women go about their lives within the framework of parameters informed by the Tablighi model of how to be a ‘true Muslim’ – interpreted as a believer who is able to reconcile his or her faith with a ‘modern’ lifestyle. They aspire to a lifestyle that provides them with success in this life and ‘the hereafter’, which distances them from established Muslim elders whom they call ‘backward traditionalists’. My interlocutors believed that only by superseding this ‘backwardness’ could a novel form of religiosity be achieved. In my monograph I demonstrate that the new religiosity of Gambian Tablighi youths is more a way of coming to terms with the modern world than a rejection of that world—the stereotypical image of Islam that was widely promulgated in the Western media after the events of 9/11.

This is an account of the Tablighi Jamaʻat in the past decade. How do you see this movement developing in the next decade?

That is a difficult question, which requires more research. Because the Tablighi Jama‘at is a relatively young movement in the Gambia – both in terms of history and of its adherents’ age – it remains to be seen what its long-term effects will be. Since youth is generally considered a stage of life, many mainstream Muslims believe that the Jama‘at is only a ‘parking place’ in young Gambians’ lives before they move on to a more adult lifestyle and its concomitant social and professional obligations. But Gambian youth may not necessarily outgrow the Tablighi Jama‘at; the Jama‘at might also grow up with its adherents and develop into a more political movement. The biographies that I have recorded suggest that the future of the Gambian branch of the Tablighi Jama‘at largely depends on its ability to convert its moral perfectionism into goals that leave room for the occasional lapses into an ‘immoral’ youthful lifestyle such as listening to music, dancing, and flirting of some young people, and the political aspirations of others.

How does Islam, Youth, and Modernity in the Gambia fit within your wider academic interests and research?

What I found very interesting is that the Gambian Tablighi youths whom I interviewed called themselves ‘Born-Again Muslims’. They told me that by ‘converting’ to the Jamaʻat they had become ‘reborn’; their conversion suggested a new subjectivity. This ideology of moral renewal through a process of conversion based on the idiom of ‘new birth’ is redolent of Pentecostal discourse. Paradoxically, although they share their Muslim identity with the large majority of the Gambian population, Gambian Tablighis actually seem to have much in common with Pentecostalists, who form only a tiny minority in the country. Through conversion, both the Tablighi Jamaʻat and Pentecostal churches enable their followers to dissociate themselves from the local traditions of their past. With their appeal to move beyond established cultural and religious traditions, both Tablighi and Pentecostalist discourses take up the language of modernity. Therefore, instead of taking for granted the oppositions between the Tablighi Jamaʻat and Pentecostal churches, I have started conducting more comparative work on contemporary reformist Islamic and Pentecostal-charismatic movements. My current research in Lagos, Nigeria, focuses on the convergence between the two religious traditions, thereby crossing boundaries and blurring sharp distinctions.

Have you got plans for more books in the future?

When I asked the Gambian ‘Born-Again Muslims’ why they used a Pentecostal term to refer to themselves, they responded that they had been influenced by a group of ‘Chrislam’ preachers from Lagos. Since my search for Chrislam in the Gambia did not lead me much further, I decided to switch fields from the smallest country in West Africa – the Gambia – to the biggest – Nigeria, exploring the emergence of Chrislam, which is referring to a set of religious movements that fuse Christian and Muslim beliefs and practices. My new book studies the emergence of Chrislam in its current socio-political context, and brings together reformist Islam and Pentecostal Christianity in one conceptual framework.