Ancient Egyptian Mummies: Their Contribution to the 21st Century

At Cambridge, we're celebrating the scholarship behind some of our favorite creepy Halloween traditions. In October, the mummy is a staple in haunted houses, costume contests, and scary stories. But outside of Halloween horror, mummies are important cultural artifacts, and studying them gives us invaluable information about ancient cultures from their diets to their diseases.

The preserved bodies of ancient Egyptians hold a widespread fascination for scholars, medical practitioners, and members of the public who visit Egyptology collections in public museums. However, over the centuries, mummies have been put to some very practical uses. From medieval times, Arab and European doctors used pulverised mummy tissue as a highly regarded medicinal ingredient – in the words of the philosopher, Sir Thomas Browne, “Mummy is become merchandise, Mizraim cures wounds, and Pharaoh is sold for balsam.” More recently, in his book Innocents Abroad, Mark Twain referred to the use of these highly combustible, resin-coated bodies as an effective fuel supply for Egyptian railways. 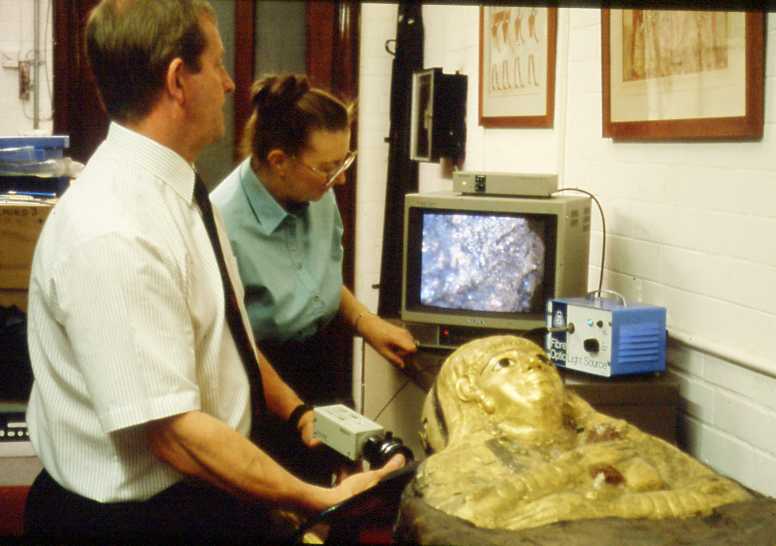 Image of the author and K. Wildsmith endoscoping an Egyptian mummy

Today, Egyptian mummies provide a unique, although challenging, resource for examining the occurrence and patterns of disease, as well as methods of treatment, in an ancient society. They have been accurately described as “a museum of disease”, since the evidence of many medical conditions remains, embedded in the skeleton, teeth and body tissues, awaiting identification. This has become possible over the past century, when forensic experts have been able to examine mummy collections with a range of scientific techniques adapted from diagnostic methods developed for living patients.

As well as adding to our knowledge of an ancient civilisation, biomedical studies can provide information about the historical context of many illnesses and medical conditions found in the modern world. Some of these comparative results are unsurprising – for example, as might be expected, there is a marked prevalence of parasitic diseases in both ancient and modern Egypt. However, other findings, such as the incidence in ancient Egypt of so-called ‘modern’ diseases such as atherosclerosis and cancer, and the evidence that at least some of the ancient pharmaceutical treatments were apparently effective for other conditions, have provoked lively discussion.

Since the Renaissance, antiquarian collectors transported mummies from Egypt to enhance the collections of museums, learned societies, and private individuals in Europe, Britain, and later the United States of America. From the sixteenth century onwards, some of these mummies were unwrapped (‘unrolled’) in front of invited audiences. Most of these occasions were frivolous social events, with no serious scientific objectives, and any useful information that might have been forthcoming was lost. However, during the 19th and early 20th centuries, there were several serious researchers who unwrapped and autopsied a number of mummies, and recorded their work in detailed publications. This marked the start of ‘palaeopathology’ (the scientific study of disease preserved in ancient human remains) as a distinct academic discipline. 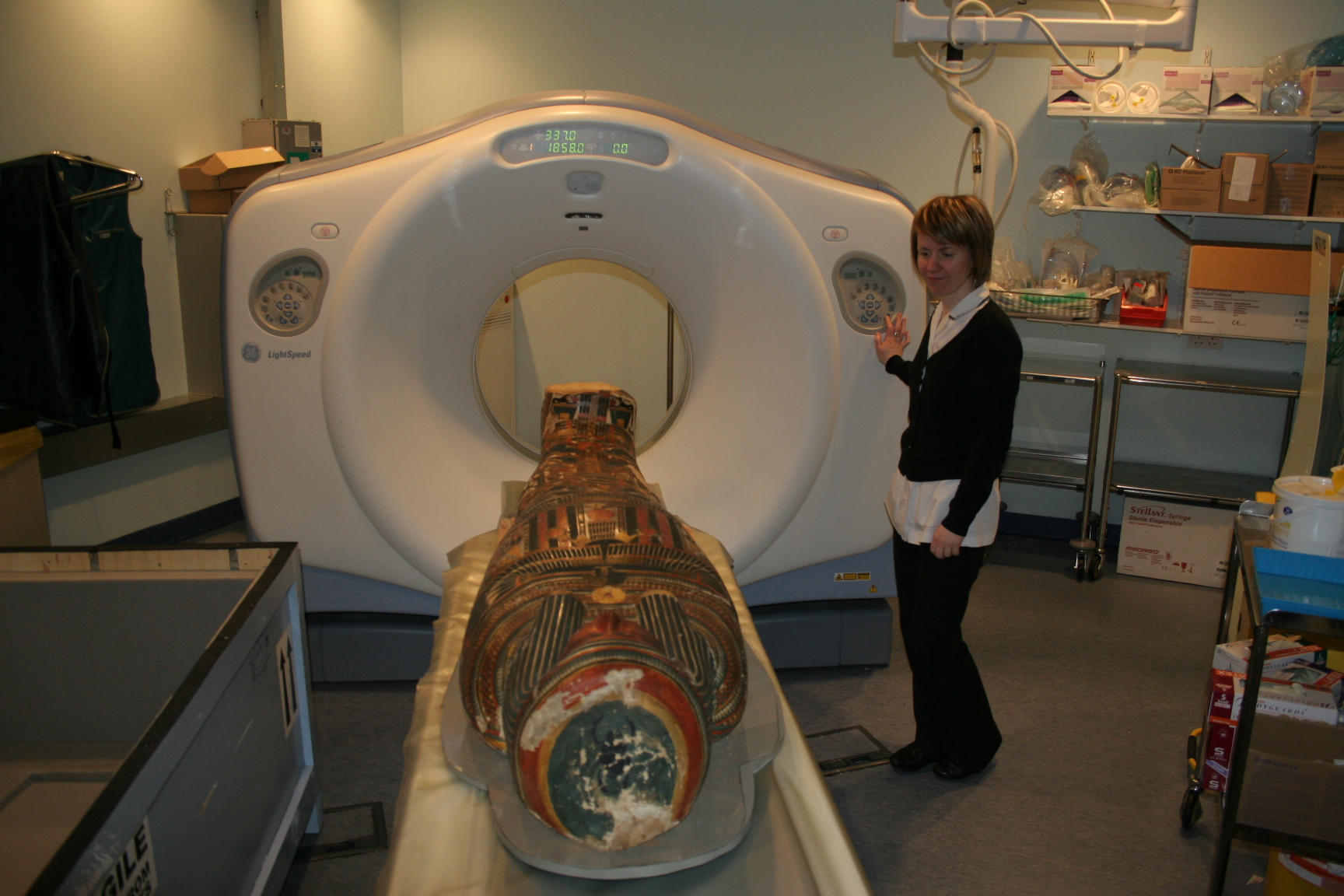 A new wave of interest in this type of research emerged in the 1970s, when the Manchester Egyptian Mummy Research Project (which I initiated in 1973) became a pioneer in this field. Over the past forty years, I have continued to lead this interdisciplinary team of specialists, drawn at first from the university and associated teaching hospitals. The primary aims of the project have been to establish a methodology for examining mummies, utilising techniques and specialist equipment that could be employed under near ideal conditions; and through this methodology, to gain as much information as possible about disease, diet, living conditions, the mummification process, and the religious and funerary customs of the ancient Egyptians. Other researchers have been able to adopt and adapt many of the approaches established by the ‘Manchester Method’, as the basis for their own studies in this field.

Being editor of Egyptian Mummies and Modern Science (2008) has given me the opportunity to bring together the story of Manchester’s continuing research programme over the past forty years. Chapters written by team members – pioneers of many advances in this field – describe how techniques including radiology, computed tomography (CT), histology, endoscopy, dental studies, facial reconstruction, immunology, and ancient DNA identification have been developed and used to investigate diet, disease and death in ancient Egypt. Other contributions deal with methods of treating disease in ancient Egypt – the medical and pharmaceutical systems, and the use of intoxicants. There is also a discussion of ways in which mummies – a fragile and finite resource – can be preserved and made available for future studies: these include conservation treatments, and the establishment at Manchester of the International Ancient Egyptian Mummy Tissue Bank.  A final chapter discusses the future of “biomedical Egyptology” and the desirability of establishing university facilities, such as the KNH Centre for Biomedical Egyptology at the University of Manchester, where research and teaching in this cross-disciplinary specialisation can be promoted and developed.

About the Author: Rosalie David

Rosalie David is editor of Egyptian Mummies and Modern Science (2008). She is Emeritus Professor of Egyptology at the University of Manchester where she was the founding Director of the KNH Centre for Biomedical Egyptology. She was awarded an OBE in 2003 for servic...