From the Metamorphoses to the pages of Vogue

In an attempt to dismiss vain frivolity, many often sneer at the gaudy pretentiousness of the fashion world and its paraphernalia. Yet, those who are in the know know that fashion has little to do with the intentionally unrealistic realm of haute couture. Fashion is the art of making the artificial look natural. Ars latet arte sua or “skill is concealed by means of its own skill”, as the poet Ovid put it in his Metamorphoses.

Going against the grain of gender stereotypes and moralistic laws, Ovid dedicates the 3rd book of his Art of Love to teaching women of all ages and social groups the art of seduction. Fashion tips on hairstyle and clothes constitute a necessary component of Ovid’s syllabus. An experienced teacher and a veteran lover, Ovid knows well that a good dress is one that entices a woman to put it on and a man to take it off. And he knows even better that being obvious is the enemy of style.

Two thousand years before Sonia Rykiel promoted the démodé or undone look, Ovid advises his female students to adopt a carefully careless coiffure if it suits their looks. “Unkempt hair becomes many women”, says the poet and immediately adds: “you would often think the woman just got out of bed, but she has just combed her hair meticulously” (The Art of Love 3.153-4). Just as skill often poses as talent, fashionable hairstyles pretend to be the outcome of chance rather than design. 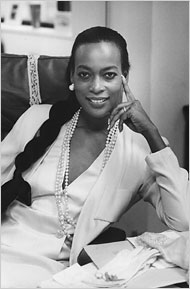 Fashion becomes the art of appropriating natural beauty and, what is more, it becomes the art of transforming natural flaws into powerful attractions. A woman’s affected lisp and a fake mole are cast as symbols of natural femininity rather than embarrassing defects, just as destructed jeans are carefully designed products with a pose of casual indifference.

Concealing artificiality is art’s ultimate goal. An actor, for instance, succeeds only if he does not give the impression that he is acting. That is why fashion is often considered a form of artistic expression. And that is why Ovid’s fashion tips are an integral part of his art of seduction. If fashion aims at covering its elaborate designs, seduction is most powerful when the seducer or seductress effectively conceals his or her motives and tactics. 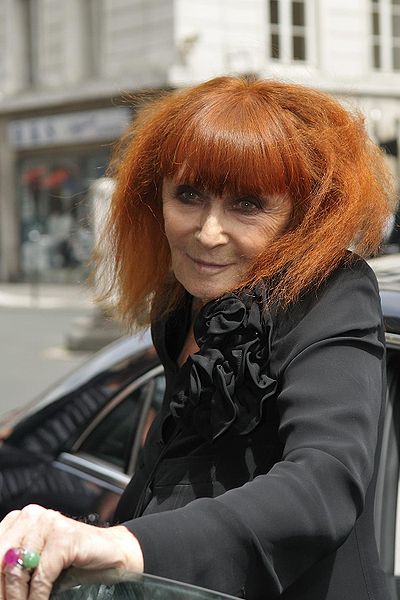 But the similarities between art and fashion are deeper. Both are obsessed with beauty and both often create tension between aesthetic and social ideals. One of Ovid’s greatest achievements and provocations in his Art of Love is that he opts for what is beautiful at the expense of what is socially and even legally acceptable. In Ovid’s times, the color and material of clothes signified whether a woman was married, unmarried, a widow or a prostitute. The emperor Augustus had recently enforced this dress code with new laws. Ovid defiantly ignores this social and moral branding of women. His only criterion is whether certain clothes become certain types of women. And he anticipates the black-clad Sonia Rykiel again in dissociating black clothes from widows and focusing on their ability to emphasize a fair complexion.

Fair skin was synonymous to female beauty in ancient Greece and Rome. When Ovid gave Andromeda as an example of a dark-skinned beauty, he did something exceptional. What is more, his fashion tip is that black women should wear white clothes, emphasizing rather than covering the color of their skin (Art of Love 3.192-3). American culture will take a while to reach this point. It was not until the second half of the 20th century that Naomi Sims, the first African American supermodel, would style snow-white dresses in mainstream fashion shows and magazines.

Can we imagine Ovid writing today for Vogue or interviewing fashion models and designers on TV? Can this canonical classical poet be compared with the unbearable lightness of our fashion industry? I think such a comparison is justified to some extent. The parallels, to be sure, are compelling. But what is probably unique in Ovid is that he can cover his tremendously sophisticated art by imperceptibly drawing his readers into a carefree world of natural joy and frivolity. Ovid first fashions his readers and then seduces them. And you won’t even realize it.

About the Author: Ioannis Ziogas

Ioannis Ziogas is the author of Ovid and Hesiod (2013). He is Lecturer in Classics at the Australian National University, Canberra....