A Q&A with David Stahel 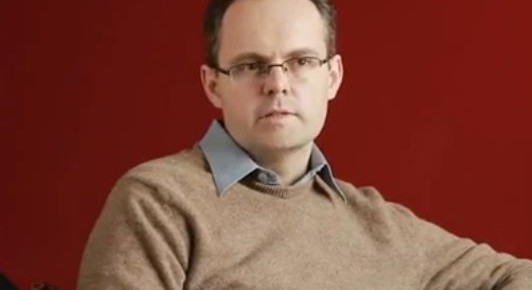 In just four weeks in the summer of 1941, the German Wehrmacht wrought unprecedented destruction on four Soviet armies, conquering central Ukraine and killing or capturing three quarters of a million men. This was the Battle of Kiev – one of the largest and most decisive battles of World War II and, for Hitler and Stalin, a battle of crucial importance.

In an exclusive interview, David Stahel talks here in depth about this major battle, Kiev 1941.

In the Summer of 1941 Kiev became the crucible of Hitler’s battle for supremacy in the East. Why did Hitler put such importance on capturing the capital of Ukraine?

Like many battles in the east during 1941, the battle of Kiev gave its name to a much broader struggle than the one centred exclusively on the city of Kiev. In fact, the battle of Kiev encompassed the whole of the central Ukraine to the north and east of the Dnepr River. At this time, Germany’s eastern front had a huge bulge where the powerful Soviet South-Western Front (with five armies) was holding out along the line of the Dnepr. Hitler was determined to restart his stalled drive into the Ukraine to secure essential raw materials as well as threaten the increasingly exposed position of the South-Western Front. It was an operation, however, that required the addition of motorised forces previously directed towards Moscow. Opposed by most of his generals, Hitler nevertheless insisted on diverting forces into the Ukraine and in this respect Kiev was – far more than many other battles – Hitler’s battle for supremacy in the east.

During the course of the battle, the German Wehrmacht wrought unprecedented destruction on the Soviet army. How were they able to do so?

Although my research focuses predominately on the German army in the battle of Kiev, the Soviet side of the battle is also discussed at the strategic level. Indeed while the battle of Kiev is often described as a great German victory, it is perhaps understood as a catastrophic Soviet blunder. In spite of the persistent danger to the Soviet South-Western Front’s long and exposed northern flank, Stalin categorically forbad any withdrawal. This allowed the German panzer forces attacking from the north and later from the south (across the Dnepr) to link up well to the east of Kiev encircling the greater part of four Soviet armies (one Soviet army was largely able to escape being cut off).

What were the fighting conditions like for the ordinary soldiers?

The fighting in the battle of Kiev took many forms which underscored the many weeks it encompassed and the vast expanse of terrain it covered. German soldiers fought an entrenched positional war west of Kiev, costly urban warfare in the city of Dnepropetrovsk and a war of manoeuvre to encircle the Soviet South-Western Front 200 kilometres east of the Ukrainian capital. During this time temperatures varied from hot and dusty summer days to heavy downpours with thick, gripping mud. By the middle of September the days were growing noticeably shorter and the night time temperatures made sleeping out in the open uncomfortable. By the end of the battle of Kiev, German soldiers had been campaigning without respite for three months and still there was no end in sight. At this time, their personal correspondence shows their fatigue as well as concerns for what was to come as the warm weather passed and the first autumn frosts appeared.

The Battle of Kiev appeared to be one of Hitler’s greatest victories. But at what cost was this victory?

Hitler did not invade the Soviet Union in June 1941 expecting to still be engaged in major operations by the end of September 1941. Operation Barbarossa was a Blitzkrieg aimed at overwhelming the Red Army in the western districts of the Soviet Union and then occupying a line east of Moscow against only scattered resistance. The reality was very different. The Soviet Union proved to be a military colossus and Germany was ill-disposed economically and militarily to sustain a long attritional war in the east. Thus Germany did not just need to win its battles in the east, but, more importantly, it needed to end the fighting. The stubborn Soviet resistance and its remarkable ability to patch up its front and raise new field armies meant that Germany was in a race to exhaust Soviet reserves before the Wehrmacht’s mobility and operational edge was blunted. By the end of the victorious fighting at Kiev Guderian’s panzer group, which had been the largest on the eastern front, was reduced to about 25 per cent of its pre-invasion total, while a new Soviet front was already in place east of its positions. In the final analysis although the Soviet Union lost vastly more men and material in the September fighting, it was the Germans whose losses were irreplaceable.

This battle was one of the most important and decisive battles of World War II. How did Kiev change the course of the war?

There were two major contributions Kiev made to the progress of the war. One was strategic and the other was military. Hitler’s decision to attack into the Ukraine caused an uproar within the army high command and led to Army Group Centre’s strategic crisis. The month long battle of wills between Hitler and his commanders over whether to prioritise Moscow or Kiev not only bred immense resentment, but with Hitler’s ultimate victory at Kiev, convinced the German dictator that he knew far better than his generals how to conduct strategy. Stalin, by contrast, was influenced in precisely the opposite direction allowing his generals more and more freedom to conduct the war as they saw fit. Kiev was also significant for it excessive cost. The loss of the Soviet South-Western Front freed the German panzer divisions for the much anticipated strike towards Moscow (Operation Typhoon), while in the Ukraine Germany’s Army Group South was able to conduct the successful battle on the Sea of Azov and force entry into the Crimea. Stalin’s misguided strategy, therefore, cost much valuable ground as well as almost one million men killed, captured or wounded.