V. Islam’s Horses of the Desert

The 5th Installment The Horse in Human History Blog Series 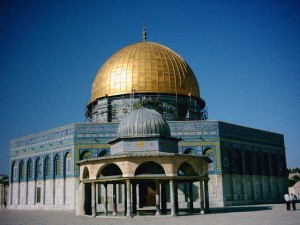 In 331 BC, of course, Alexander daringly overthrew Achaemenid might; notwithstanding, hostilities between Greece and Persia were to rage on for many more centuries. To the south, with successful domestication of the dromedary, the Arabs commanded the strategic overland trade routes between the Indian ocean and the Mediterranean. During the seventh century AD, Byzantine and Sasanian imperial policies vied to gain control of this lucrative Arabian trade. But in the southern deserts, there arose a new religion led by the prophet Muhammad, which afforded Arabs a means to transcend tribal loyalties and to successfully challenge the predatory empires to their north.

In this confrontation, the Arabian horse, more gracile and long-limbed than its steppe counterpart, everywhere was the preferred steed in armed hostilities. While fighting with lance from camelback was practiced, it was not the easiest mode of combat, since the camel was notoriously unresponsive to rider command. Also, even at a gallop, the dromedary could never deliver the momentum and impact of the cavalry charge. Thus, in the waterless desert, the dromedary came to fulfill the important function of supporting the war horse, which to conserve energy during travel was tied to the cinch of the camel’s saddle and mounted only at time of attack. The Arab’s camel transported containers of water for horse consumption. It also provided as much as 10 kg of milk per day for horse nourishment en route. Additionally in time of dire emergency by initially withholding water, Arabs would force the thirsty camels to drink copious amounts then tie the camels’ mouths to prevent their chewing cud and contaminating water in the stomach. Thus, when traveling distances over arid territory, each day a specific number of camels would be slaughtered, their stomachs slit to provide water to the men and horses.

In their early wars, the Arabs soon gained advantage over the enemy through the superior mobility afforded by dromedary support of the horse. Accustomed to the meager diet of Bedouin existence, without supply train they traversed barren and inhospitable lands, traveling at night with the bright light of the desert stars. By using the desert for passage, raiding base, and refuge, they were able to cover long distances rapidly and to concentrate their forces at the point of greatest danger. Their central stratagem was to mount surprise attacks across desert borders. In situations of adversity they could retreat back into the desert, without fear of Byzantine or Persian pursuit, to await a more favorable opportunity to rally. With these tactics, their rear and lines of communication were safe from enemy interference and their dispatch of reinforcements was free of hazard.

Moving across Asia, Islam extended southeast to the Sind on the lower Indus and northeast to Samarkand. Moving across North Africa, Arab cavalries first reached the Atlantic, then engulfed Visigothic Spain, penetrating as far north as Poitiers, where blocked by the Frankish resistance of Charles Martel in 733 they retreated to south of the Pyrenees. Enjoying greater fortune in the east, in 751 the Arabs crushed the Tang army at the battle of Talas, expelling the Chinese permanently from Central Asia, although not before seizing Tang captives expert in paper manufacture. This marvelous new material speedily diffused westward with revolutionary economic and cultural ramifications. The Arabs also appropriated wootz steel, initially developed by Indians of Hyderabad, to produce the fearsome swords arming Muslim warriors in their conquests. But by far the most extraordinary advance encountered by Muslims was the zero which, first conceptualized by Hindu scholars, facilitated complex computations and greatly stimulated the growth of mathematics. Arab equestrians transmitted the zero west to North Africa, whence it spread across Italy to Europe.

These inventions ushered in the great age of Islamic learning. Employing Arabic as the universal language of communication, philosophers and scientists from the borders of China to the Atlantic pursued knowledge in diverse disciplines and engaged in an exchange of ideas unprecedented in earlier civilizations. Everywhere there was high mobility and efficient communication. Horse-sped, scientific knowledge diffused rapidly over large segments of the educated elites, across different regions of the Islamic world and beyond – as Jewish, and Christian scholars translated Arabic works into Latin.

But rebellions were simmering on the fringes of empire. From the deserts of North Africa, the Berber Almoravids invaded Spain to inflict cruel victories on Christian knights battling to regain their homeland. And in the east, Turkic nomads infiltrated from the steppes to undermine the Abbasid caliphate in Baghdad and to threaten Constantinople in the west.

Pita Kelekna is author of The Horse in Human History, coming later this Spring