Notes from the Field

A Nine in the Sand 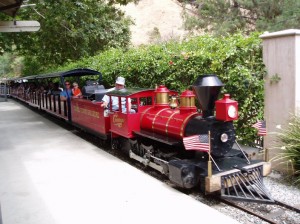 Last week, my colleague Mary Beth Barilla wrote a lovely piece on the pleasures of getting lost – causing many of us to nod our heads in adamant and wistful agreement – and prompting the following few thoughts on the flow of information. For if we travel considerably less than we used to, it is clear that information is traveling more relentlessly and vigorously than ever.

Several years ago, when I was fortunate enough to be hired for this curious job – the primary purpose of the role we have for our publishers is to engage with and cultivate the curiosity of booksellers and readers – friends outside of publishing expressed wonder that, in the age of internets and emails, large companies still send actual human persons on the road to break bread with other actual human persons. I would explain that, having been a buyer for some time before coming to Cambridge, I came to understand entirely the fundamentally generous gesture made by publishers in their dispatch of representatives to speak and to listen. We can all be anonymous atoms clicking on links, signing UPS delivery confirmation screens, navigating through voicemail systems, conjuring electronic purchase orders, but in the moment of heated conversation, we affirm that we are singular and real and that we – both bookseller and publisher, and by close inference writer and reader – matter.

Now, in many ways many of us find ourselves overseeing the conversation taking place almost entirely amongst robots. We have elaborate and sophisticated systems by which information about our books is automatically transmitted to similar systems maintained by our customers, who stand aside and watch their systems transmit information to the systems maintained by their customers… Of course, there are countless actual human persons developing, maintaining, analyzing, updating all of these systems, and nothing ever happens truly automatically – that would be the fantasy of those capitalists who deny the fact of labor, having grown up watching Kirk utter ‘egg salad sandwich’ and a few flashing lights and whirring sounds later the sandwich simply appears. Still, what has been removed is the embodied point of contact. We keep building ever more fantastic bridges, and in doing so move further and further away from any memory of the shallow parts of the river where we could perhaps just walk across.

Of course, all of this process continues to serve the basic purpose of connecting writers and readers, who continue to be embodied persons. As we all spend more and more time wading through the oracular utterances made by our spreadsheets, the place of the writer in this system seems all the more enigmatic and remarkable. Because none of any of this would be taking place if not for the diligent and actual labors of our productive scholars. Human people with fingers calloused by pen, wrists ruined by keyboard, eyes exhausted by late night reading, wallets emptied at the discount bookcase emporium.

Out of town friends with two small children came to visit over the last several days. They ambled around Los Angeles points of interest while I stayed here in front of this computer. Returning from the beach, their 3 year old daughter explained happily: “I drew a nine in the sand!” I really don’t know if she was describing having finally had enough of her big brother stealing her books, and she is not going to take it anymore, and she just misunderstood or misspoke the phrase – or if she drew an actual nine in the actual sand, by now entirely erased by the sea. Last night, book clutched tightly in both fists, she walked into my office as I was writing this sentence, and asked: “Uncle Baron, what are you doing?” I told her: “I’m drawing a nine in the sand!”