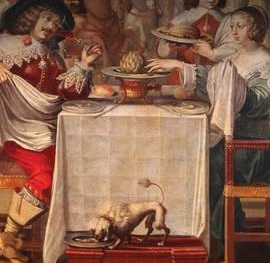 If you're like me, you love beets. They're all over restaurant menus lately, which is great. Though delicious and simply done, I find ordering them underwhelming. After all -- they're really easy to make at home, and they keep for ages. I've gotten my wife eating them, and probably do so 2 or 3 times a week. Here, Susan Pinkard, trolling through historical French recipes, has excavated a recipe for a Good Friday dish (totally vegetarian). It's unlike my usual beet routine, so I'm going to give it a whirl. How could one go wrong with 2 sticks of butter? 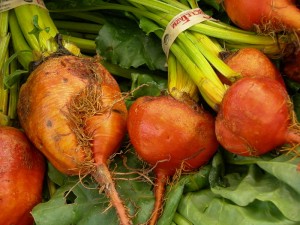 In his list of dishes suitable for Good Friday, the strictest fast day of the church year, La Varenne mentions “bette-raves au beurre blanc” (beets in white butter). Sadly, no recipe is included with the listing. However, in an earlier chapter on entremets suitable for fast days, he described a dish of beets sauced with vinegar and fresh butter that suggested the thickened butter sauces that he used for fish. Pairing such a luscious sauce with the earthy beet seems slightly odd nowadays, but it is delicious. Because beets kept well through the winter, they would have been a welcome addition to the Lenten table, when the growing season was just beginning in the region of Paris. The rich, elegant sauce, creamy but balanced by the acidity of the vinegar, would have provided relief from the general austerity of the fast day menu. Note: If you use red beets (as La Varenne recommends), their powerful color will turn the portion of the beurre blanc with which they come into contact into beurre rose!

Equipment: A large pot for boiling the beets or, alternatively, a shallow pan in which to roast them; a colander (if boiling the beets); a small, sharp knife; a saucepan; a whisk; and a serving dish. For peeling the