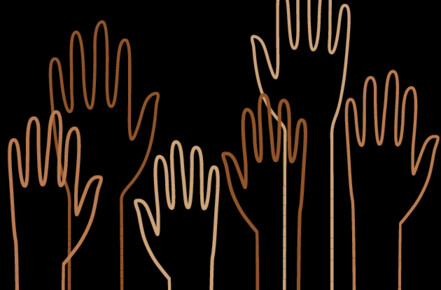 The relative robustness and fragility of political orders is a central concern of scholars and political elites alike. Our edited volume is the first to address the assessments of robustness and fragility made by scholars and political actors. It includes eight essays that examine order in different countries, the European Union, and international society. Our cases run the gamut from reasonably stable orders to highly unstable ones. They include orders that were thought relatively robust by contemporary observers but turned out to be quite fragile, and those that were considered more fragile than they were. In some, leaders and other observers were sensitive to shifts towards robustness or fragility, and in others remarkably obtuse. This variation prompted us to explore cultural and psychological explanations for willingness to recognize and address fragility or to remain blind to it and possibly engage in denial.

We identity a paradox: knowledge about the relative robustness or stability of a political order is more important than ever before in today’s world but also more difficult to determine. This does not deter leaders and other political actors, the media, and scholars from making such assessments of their own and other states and regional organizations. These judgments matter and can determine how and if leaders respond to warnings of fragility or positive assessments of robustness of their regimes. There may be underlying conditions associated with regime robustness or fragility, but they are only one piece of a much larger puzzle. What matters more is what leaders think about the problem, what kinds of responses they deem appropriate, and the degree to which they think them feasible to implement.

Leader assessments are often made with respect to historical lessons derived from dramatic past events that appear relevant to the present. These lessons may or may not be based on good history and may or may not be relevant to the case at hand. Leaders and elites who believe their orders to be robust can help make their beliefs self-fulfilling. However, overconfidence can help make these orders fragile. We argue that leader and elite assessments of robustness and fragility are influenced by cognitive biases and often highly motivated. Leaders and their advisors use information selectively and can confirm tautologically the lessons they apply.

We contend that scholars do not do demonstrably better than political actors. This is not so much their fault as it is the impossibility of making any kind of objective assessment of the relative robustness or fragility of political orders. There are few agreed upon benchmarks, and these indicators may be misleading because underlying conditions are only part of the story. There are multiple pathways to robustness, and even more to fragility and collapse, and most, if not all, of them are context dependent. They also require catalysts, and they may be independent of underlying conditions. Efforts to predict the success or failure of political system based on underlying conditions must accordingly be hit-or-miss. Accurate assessments of fragility and robustness are only really possible after the fact, when it is too late to benefit politically from them.

We find political actors sometimes exaggerate the robustness of their political orders. Less often they worry without good reason that they are at risk. They can also pretend that that their orders are fragile. Donald Trump is only the most recent example of a would-be dictator propagating a false estimate of fragility to justify the illegal use of force to advance his political ends. Ironically, by doing so, he helped to make that order more fragile.

Leader beliefs and behavior have important implications for their policies and for the survival of their political orders. How leaders respond is very much context dependent. We find that the two most important determinants in this regard may be leaders’ perceived freedom of action and the positive or negative role models they find compelling.

Role models greatly influence the beliefs of leaders and elites. They learn lessons from their personal experience and recent history. For British leaders during the French Revolutionary and Napoleonic eras, the French were the negative role model. Failure to reform, they believed, invited revolution. Chinese leaders and political analysts learned the opposite lessons from Gorbachev and the collapse of the Soviet Union. Political liberalization could lead to the unravelling of their regime and state.

The most obvious lessons will be one’s own country if it has experienced a political upheaval or revolution in the recent past. For postwar Germans the collapse of the Weimar Republic and the rise of Hitler were the relevant past and the Federal Republic was designed to avoid its predecessor’s constitutional weaknesses. In its first few decades the success of the Federal Republic was measured by politicians and analysists alike against that of its ill-fated predecessor. Weimar also became a template for other democracies. Whenever democracy appears threatened, comparisons are made to Weimar. However, there is little historical support for its principal lesson: that mass mobilization is lethal to democratic orders.

Robustness is generally considered a positive good and fragility an evil. Our evidence suggests a “sweet spot” somewhere between the overconfidence robustness encourages and the hypervigilance or denial aroused by perceived fragility. Some degree of tension and perceived threat is thus beneficial to the longer-term survival of political orders. It keeps leaders on their toes, makes them more alert and responsive to constituent demands, and even to extend the benefits of order to populations previously excluded and exploited. Taking robustness and survival for granted is likely to do the reverse.

We should not treat robustness and fragility as polar opposites. They can be closely related in that the conditions seemingly responsible for one may also promote the other. Sometimes this happens sequentially, as it appears to have done in the Soviet Union under Brezhnev and Gorbachev. Centralized power and ideology had demonstrably divergent consequences for fragility. In Weimar, federal and state bureaucracies helped to maintain order and became a tool for Hitler to consolidate his power.

In the U.S. these divergent effects occurred simultaneously. The constitutional mechanisms that consolidated American democracy and its associated political cultures also helped to make them more fragile. The widespread belief in democratic values is counterbalanced by an intense political polarization of the meaning and scope of those values. External shocks — the 9/11 terrorist attacks —  and internal ones – school shootings and the riots at the Capitol in January 2021 — energized efforts to secure national unity but also encouraged greater societal fragmentation and political division. In the European Union, reliance on functionalist organization and technocratic politics helps to explain its robustness. But this form of institutionalization has created tensions and made the European political order vulnerable to criticisms for not living up to its stated democratic aspirations.

Our book suggest that leader assessments of robustness and fragility are relatively stable, but by no means accurate, and when changes occur, they are more likely to be dramatic than gradual. Retrospective analysis indicates that leader and elite assessments bear only a passing relationship to any reality but are critical in their understanding and responses to that reality. We have only scratched the surface in exploring this connection, but we hope, have convinced readers of its importance.

About the Author: Richard Ned Lebow

Richard Ned Lebow is Professor of International Political Theory at King's College, London. He is author or co-author of more than 40 scholarly books addressing international relations, comparative politics, political theory, political psychology, history, classics, and philosophy of science. Among his recent books are The Rise and Fall of Politica...

About the Author: Ludvig Norman