Finite or non-finite: how to analyze, segment or annotate the tricky sentences in texts? 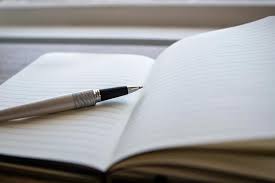 Many sentences which contain non-finite elements (e.g. ‘John is easy to please’ and ‘Flying planes can be dangerous’) are tricky. As a student, you may find them ambiguous. As a teacher, you may try to explain them to your students but find it in vain. As a researcher, you may have quite opposite views of them if to follow one or another theoretical perspective. As a language analyst or an engineer in language-related areas, you may find non-finiteness in texts disturbing. What’s worse, languages which do not have indicators of tense, number, or aspect, may also contain non-finite elements. How to identify them, not to say how to disambiguate them, become much trickier.

Different approaches to the non-finite phenomenon bring understanding of various efficiency. People who take the traditional approach will consider the tricky sentences above as simple sentences, which is not helpful in tackling their differences. In the view of generativists, inflection will be highlighted, and both ‘easy to please’ and ‘flying’ in the examples above are considered as subordinate non-finite clauses. Generativists even take‘training more of our young people’ in ‘We are training more of our young people’ as a subordinate non-finite clause. This view results in much confusion in understanding typical non-finite clauses. For example, the segment in brackets in ‘I just want [you to alter the scenario very slightly]’ will be confusing if to compare it with the similar segment in ‘I just want a tripod to alter the scenario very slightly’.

The intricacy of treating non-finiteness has not been well-addressed in most linguistic theories. To bring non-finiteness into focus, the following questions are fundamental: Is there a distinction of finite and non-finite in languages which do not contain inflectional indicators? If yes, in what way is the finite/non-finite distinction universal? In what context can non-finiteness be positioned and identified? How does non-finiteness function in connecting clauses? With the process-relation framework built on systemic functional grammar (One of the grammars which holds that meaning and form is an inseparable whole), this book provides convincing answers to the above-mentioned questions.

Before you pick up the book to find how these questions have been answered from the process-relation perspective, it would be more helpful to take a quick look at the phenomenon of root infinitives. It has been found in many languages that children under 2.5 years do not distinguish between verbs and verbs with inflectional addings. They simply use the same verb (root infinitive) in all cases. For example, they will say ‘go’ to mean ‘going’, ‘goes’, ‘went’ or ‘gone’. This is also true to children in the Chinese context where there are no inflectional indicators on the verb at all. It therefore means that tricky sentences with non-finiteness is not a problem of languages per se, but a problem of linguistic theory.

After reading the answers to these questions, please just feel free to write me at [email protected] if you disagree on the views. Your views, either theoretical or practical, will be sure to help improve the process-relation framework.

About the Author: Bingjun Yang