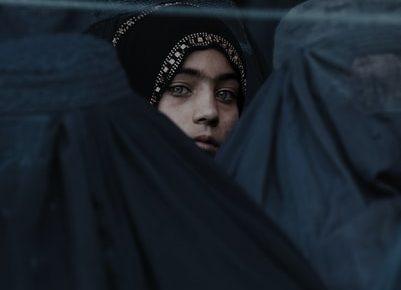 Why do we dream when we are sleeping? In his book Livewired, the neuroscientist David Eagleman offers a fascinating explanation. In the constant competition for ‘brain real estate’, he argues, our visual system is at a significant disadvantage; it is plunged into darkness each night due to the rotation of the planet, potentially leaving it open to takeover by neighbouring parts of the brain. Dreaming, Eagleman suggests, is an adaptive strategy to guard against such a takeover of the visual cortex.

I think of the relationship between the Taliban and the West (and in particular the United States) as a persistent and self-perpetuating competition for political, ideological and territorial ‘real estate’. Even after the collapse of the Taliban in December 2001, effectively a time of darkness in terms of the organization’s aims and ultimate goals, it kept dreaming – and enacting those dreams (through the use of violence). A takeover by Western powers had occurred, but it was always highly fragile and unstable.

The juxtaposition of the human brain and the Taliban is not an obvious one to make, but something that they have in common is their resilience. A crucial part of the brain’s resilience is its inherent plasticity. As Eagleman notes, ‘experience changes it, and it retains the change’. This applies to the Taliban, but only up to a point. After it recently seized control of Afghanistan in August 2021, it did, at least outwardly, appear to demonstrate a more progressive side, making various pledges and promises – including in relation to women’s rights. Already, however, its actions have contradicted many of these promises. Plasticity, though, is an ongoing process; ‘Think of a developing city, and note the way it grows, optimizes, and responds to the world around it’. This is precisely what the Taliban has done. As scholars such as Michael Ungar have underlined, resilience is not simply about individuals but also about their wider social ecologies – and how the two interact. Social ecologies – such as schools, families and communities – can provide and constitute crucial resources that support resilience. In the case of the Taliban, wider social ecological factors – from the long-term presence of foreign troops in Afghanistan to the ‘corrupt and ineffective regime in the post-Taliban phase [after 2001]’ – have contributed to its resilience.

The other side of this is that a new Taliban regime will unquestionably alter and shape the social ecologies of ordinary people, with potential implications for resilience. As just one example, the Taliban has said that it will ban music, leading schools such as the Afghanistan National Institute of Music to close their doors. How ordinary Afghans, in particular women and girls, can utilize their social ecologies, and what these social ecologies offer them, will also undoubtedly change. Moreover, many individuals, such as human rights defenders and journalists, who have long demonstrated their resilience to the Taliban by resisting its ideology with their own vision of what a just and tolerant society looks like, are now in hiding. What now?

Resilience is by no means an uncontroversial concept and one of the common criticisms is that it forms part of a broader neo-liberal agenda wherein individuals and communities are simply expected to ‘deal with’ uncertainty and whatever life throws at them. Yet, in Afghanistan, and in other societies affected by conflict and large-scale human rights abuses, it is highly reductionist to view resilience merely through the prism of political ideology and agenda setting. Resilience is, ultimately, a story. It is a story about how individuals and communities, in different ways and to different degrees, find ways to get on with their lives – even when their ‘resource caravans‘ (Hobfall) are relatively threadbare – and to navigate and negotiate some of the many challenges that they face. It is a story of how people continue to dream, in order not to allow their metaphorical visual cortex to be taken over in the darkness of violence and uncertainty about the future. According to Eagleman, ‘the magic of our brain lies not in its constituent elements but in the way those elements unceasingly reweave themselves to form a dynamic, electric, living fabric’. This, I argue, is also an apt description of resilience – ‘magic‘ in its very ordinariness (Masten) – in societies dealing with past and/or ongoing violence and instability.

About the Author: Janine Natalya Clark

Janine Natalya Clark is a Professor of Gender, Transitional Justice and International Criminal Law at the University of Birmingham. She has written three research monographs and her work has been published in a wide variety of journals. She is currently leading a European Research Council-funded research project about resilience and survivors of co...