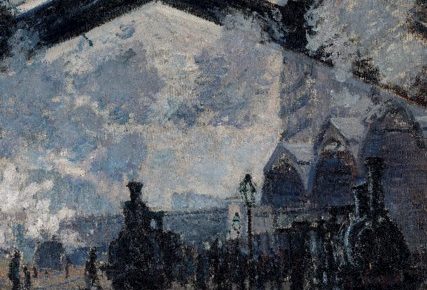 The police killing of George Floyd ignited concerns around the globe about the need to respond to police violence. The COVID 19 crisis has also raised concerns about prison conditions where prisoners have little ability to defend themselves against the potentially deadly disease.

For the most vulnerable, rights have become meaningless and illusory. One reason is lack of effective remedies when rights are violated.

What is an effective remedy? In Anglo-American common law, damages for past violations and release by way of habeas corpus have been the traditional remedies. This is what William Blackstone meant when he wrote “that every right when withheld must have a remedy.”

American Federal courts have never recognized this truism in part because of the retention of outdated notions of sovereign immunity. Yale law professor Edwin Borchard urged American courts to award damages against the state as was more typical in Europe and was done by international tribunals. He also argued domestic courts should follow international tribunals by using declarations as a remedy that could prevent future rights prevention.

Borchard, who died in 1951 at the age of 66 years, deserves to be more famous. He was one of the first scholars to recognize wrongful convictions and the need to both compensate for them and prevent them. I also believe that his observations that domestic courts can learn much from international courts remain true today. That said, this insight will strike many as counter-intuitive because international courts lack the power that many domestic courts have to strike down laws that are inconsistent with rights or to hold recalcitrant people in contempt of court.

Recent decisions of the United States Supreme Court are inspiring some hope that American courts will reform doctrines of qualified immunities that have made damages impossible to obtain for many whose rights have been violated. Qualified immunity deprives most victims of police violence and poor prison conditions of remedies by requiring them to establish not only that their rights have been violated, but that officials did so with a high level of fault.

One decision involved a Texas prisoner who alleged that he had been detained in a cell covered by feces and sewage and forced to sleep naked. The Court ruled that the lower courts had erred when they dismissed the claim for damages on qualified immunity grounds because it was not clearly established that keeping a prisoner in such unsanitary conditions was cruel and unusual punishment. The Court did not award damages, but indicated that some violations were so egregious that they might merit damages even in the absence of clearly established law. Only Justice Thomas dissented.

The other case involved a holding that a woman who fled police officers and was shot twice was subject to an unreasonable seizure; Justice Gorsuch (Thomas and Alito JJ concurring) dissented. They argued that the majority had been unduly influenced by a concern that the woman (who was not the suspect that the police had been looking for but had almost died after the police fired 13 shots at her and had been convicted for fleeing the police) should be able to sue for damages. Chief Justice Roberts, for the majority, stressed that the state could still claim qualified immunity to defeat an action for damages for violating the woman’s Fourth Amendment rights. Nevertheless this case could make it easier to seek constitutional damages for police shootings.

Damages are important. The United States Supreme Court recently held that damages can be sought for free speech violations even when the violation does not cause calculable harm. Damages serve as a visible and reportable symbol that the state has violated rights. They provide something for the victim. International courts, including the International Court of Justice, the European Court of Human Rights and the Inter-American Court of Human Rights, frequently award damages. But increasingly international law recognizes that while damages account for past violations, there is a need for remedies to prevent future violations. Damages should not be a tax that governments can pay for right violations (by raising taxes).

What remedies are necessary to prevent future rights violations by police? Here again international courts, because they lack coercive powers to strike down laws or enforce injunctions, have been creative. They have often combined special measures (like damages) for individual plaintiffs with general measures designed to induce the state to select among a variety of means to prevent future violations. These systemic measures can include better ways to select, train and discipline police and other state officials, and legislative reform. International courts often pay considerable deference to the ability of states to reform their own institutions.

Legislative reform is necessary to deal with police violations of rights in the United States. New York City has recently repealed qualified immunity, which has sheltered police officers from lawsuits. It is also entertaining public comments on comprehensive attempts to reform its police force.

The House of Representatives has passed the George Floyd Justice in Policing Act which in s.102 would repeal qualified immunity that would prevent damages from being awarded if the local police officer acted in good faith or that the rights were not clearly established at the time.

The effects of repeal of qualified immunities would produce more meaningful remedies for individuals whose rights have been violated. The effects of reducing damages would depend on the deterrent effects of damage awards. Police officers may think twice if they fear being sued and not indemnified by their employers. At the same time, there are other scenarios. Police officers may not even be aware of such changes. Alternatively, they may overcompensate by de-policing areas often to the disadvantage of the most vulnerable. Remedies are tricky and context dependent.

Remedies often fail. This is one reason why most prefer to focus on the ideal world of rights rather than the practical and fallible world of remedies.

The US Supreme Court’s recent decisions are promising. They may allow courts to compensate the victims of the most egregious forms of police and prison abuse. But that alone will be inadequate. States can always pay damage awards.

The courts and, if not the courts, the people must ask the state to take reasonable and measurable steps to prevent future rights violations and democracies must place pressure on legislatures and executives to implement such preventive measures.

There are no easy or guaranteed victories when it comes to remedies. That does not mean that remedies are not important or should be neglected. Indeed seventy years after his death, we can follow Edwin Borchard’s wisdom and continue to learn much from how international courts struggle to provide effective remedies for an unjust past and hopefully a more just future.

About the Author: Professor Kent Roach

Kent Roach holds the Prichard Wilson Chair in Law and Public Policy at the University of Toronto in Canada He has written fifteen books including Constitutional Remedies in Canada (1994) and 2nd ed (2013) and The 9/11 Effect Comparative Counter-Terrorism (2011). His work on remedies has been widely cited by courts. Acting pro-bono he has been couns...