Humanitarianism or Immigration Control – or Both? 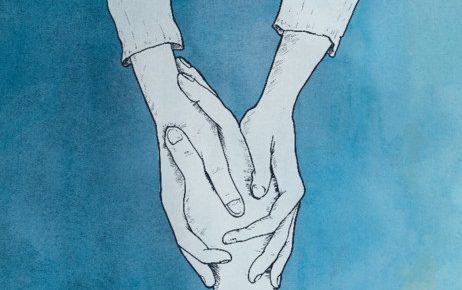 The last decade has witnessed an unprecedented battle between values and pragmatism, and between humanitarianism and immigration control in large parts of the world. Asylum as an institution has always been characterized by a balancing of the political and pragmatic values of the State, on one hand, and moral values based on compassion on the other – raison d’état versus raison d’humanité. States have indeed a legitimate self-interest in preserving resources, maintaining cultural values and the stability of the society. But, the value, or even norm, of humanitarianism and compassion for fellow men is firmly entrenched in history, traditions, political and religious foundations and, even is as an expressed choice in many countries, to the extent that it has become synonymous with the idea of a liberal democracy.

The dichotomy between States’ interests and individuals’ rights has never been more striking than now. The response and reaction to the steady increase in persons forcibly displaced in recent years, has shown that the humanitarian aspect of immigration control goes beyond rhetoric, it can even put States’ legitimacy and self-image at stake and the values of its constituents became a matter of self-scrutiny, what values do we want to possess and exhibit as human beings?

In recent years, the negative expressions of States’ self-interests have been reflected in their immigration and asylum policies; countries were told by their neighbors that they lacked solidarity if they admitted too many persons in need of international protection, negative stereotypes were created about certain nationalities of asylum seekers portraying them as criminals or terrorists, fear-mongering became common-place and the belief that the admission of foreign nationals would deplete the resources of the State led to the curtailing of legislation, increased restrictions or even closing of borders.

As a way of expressing their humanitarian values, many countries have an additional ground for residence permit in their national legislation, based on so-called humanitarian or compassionate considerations. Many States claim that, apart from the obligations stipulated by international law, they can choose to grant residence permit to foreign nationals on the basis of certain humanitarian needs. What those humanitarian needs are, vary from country to country, as do the requirements for how to qualify for this status, but some of the most common categories pertain to different forms of vulnerability, practical reasons why a person cannot be removed, or persons with recognized international protection needs but with unclear entitlements to residence permits. In recent years, we have seen how also this form of humanitarianism is under threat – States suspend or restrict its application due to the fear of high numbers.

Is this ‘humanitarian protection’ significantly different in contents and scope of application than other forms of protection? Does a legal basis exist in international or European law, obliging States, rather than leaving it to their discretion, to grant residence permits to some of the categories currently covered by ´humanitarian protection´ in national law and practice or should perhaps a ´tertiary´ protection status be created to encompass this category?

The granting of residence permits on humanitarian, or compassionate, grounds has become a symbol of humanitarian governance. However, it suffers from the weakness inherently entrenched in the notion of humanitarianism, which is that it is a form of charity and not a standard of obligation for States or a right that can be claimed by individuals. Therefore, from a legal point of view, it can be put into question whether immigration policies based on generosity rather than rights can be considered as just and fair. Do we need to regulate compassion in order preserve it?

About the Author: Liv Feijen

Liv Feijen is a Swedish lawyer who specializes in public international law. She has worked as a legal adviser for the United Nations since 1997 at the Geneva HQs, as well as in Northern Europe, the Balkans, Africa and Asia. All opinions expressed in this article belong to the author in her personal capacity and do not reflect the position of the UN...