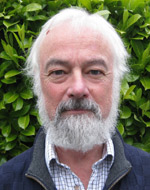 Wallace Arthur is an evolutionary biologist who is fascinated by the possibility of evolution occurring on other planets. His first book on this subject was Life Through Time and Space (Harvard 2017), which the Astronomer Royal Sir Arnold Wolfendale described as: ‘brilliant and thought-provoking in every way'. The Biological Universe is the sequel.