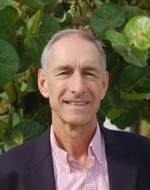 Timothy H. Dixon, author of Curbing Catastrophe, 2016 is a Professor in the School of Geosciences and Director of the Natural Hazards Network at the University of South Florida. In his research, he uses satellite geodesy and remote sensing data to study earthquakes and volcano deformation, coastal subsidence, ground water extraction and glacier motion. He has worked as a commercial pilot and scientific diver, conducted research at NASA's Jet Propulsion Laboratory at the California Institute of Technology, and was a Professor at the University of Miami, where he co-founded the Center for Southeastern Tropical Advanced Remote Sensing (CSTARS). Dixon was a Distinguished Lecturer for the American Association of Petroleum Geologists (AAPG) in 2006–7, and is a Fellow of the American Geophysical Union (AGU), the Geological Society of America (GSA), and the American Association for the Advancement of Science (AAAS). He received a GSA 'Best Paper' award in 2006, and received GSA's George P. Woollard award in 2010 for excellence in geophysics.