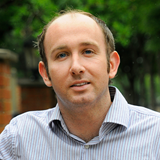 Rory Loughnane is Reader in Early Modern Studies and Co-Director of the Centre for Medieval and Early Modern Studies at University of Kent. He is the author or editor of eight books, including, most recently, Early Shakespeare, 1588-1594 (Cambridge UP, 2020) and The Death Arts in Renaissance England (Cambridge UP, 2022). He is a General Editor of The Oxford Marlowe, a General Editor of The Revels Plays series for Manchester UP, an Associate Editor of the New Oxford Shakespeare, and a Series Editor of Routledge’s Studies in Early Modern Authorship and Cambridge’s Shakespeare and Text. He was awarded the 2019 Charles and Rose G. Hoffman Prize for distinguished work in Marlowe studies.