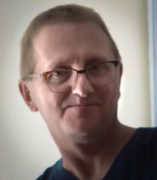 Nick Huggett is LAS Distinguished Professor at the University of Illinois, Chicago. He has worked in the field of the philosophy of quantum gravity for over twenty years. He is co-editor of Physics Meets Philosophy at the Planck Scale (Cambridge, 2001) and is Co-Director of the 'Beyond Spacetime' research project, funded by NSF, Foundational Questions Institute (FQXi), John Templeton Foundation, and American Council of Learned Societies (ACLS)