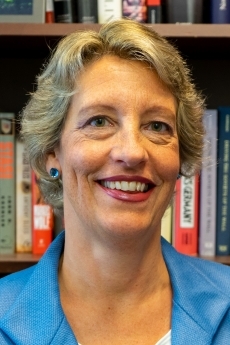 Hope M. Harrison is Associate Professor of History and International Affairs at George Washington University, Washington DC. The recipient of fellowships from Fulbright, the Wilson Center, and the American Academy in Berlin, she is the author of Driving the Soviet up the Wall (2003), which was awarded the 2004 Marshall Shulman Book Prize by the American Association for the Advancement of Slavic Studies, and was also published to wide acclaim in German translation. She has served on the National Security Council staff, currently serves on the board of three institutions in Berlin connected to the Cold War and the Berlin Wall, and has appeared on CNN, the History Channel, the BBC, and Deutschlandradio.