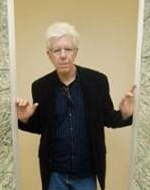 Garrett Stewart is the James O. Freedman Professor of Letters at the University of Iowa, having previously held teaching appointments at Boston University, the University of California at Santa Barbara, Stanford, Princeton, the Universities of London (Queen Mary), Konstanz, and Freiburg (Switzerland). Author of 18 books, most recently Cinemachines: An Essay on Medium and Method and the forthcoming The Ways of the Word: Episodes in Verbal Attention, as well as the 2018 Cambridge volume The Value of Style in Fiction, he was elected in 2010 to the American Academy of Arts and Sciences.