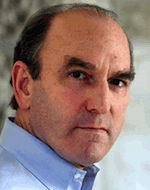 Elliott Abrams is the author of Tested by Zion: The Bush Administration and the Israeli-Palestinian Conflict (2013). He is a senior fellow for Middle Eastern studies at the Council on Foreign Relations and teaches about US policy in the Middle East at Georgetown University's School of Foreign Service. During the administration of President George W. Bush, he served as a deputy assistant to the president and deputy national security advisor, where he supervised US policy in the Middle East. Previously, he also served all eight years of the Reagan administration as an assistant Secretary of State, and worked on the staffs of the late Senators Henry M. Jackson and Daniel P. Moynihan.