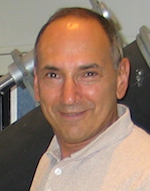 David H. Levy is author of David Levy's Guide to Eclipses, Transits, and Occultations (2010). He is also President of the National Sharing the Sky Foundation, and is one of the most successful comet discoverers in history. He has discovered 23 comets (eight of them using his own backyard telescopes) and was co-discoverer of Shoemaker–Levy 9, the comet that collided with Jupiter in 1994 producing the most spectacular explosions ever witnessed in the Solar System. Asteroid 3673 (Levy) was named in his honour. In 1998 he won an Emmy as part of the writing team for the Discovery Channel documentary, Three Minutes to Impact.