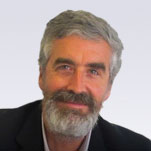 Andrés Solimano holds a Ph.D. in Economics from the Massachusetts Institute of Technology (MIT) and is founder and Chairman of the International Center for Globalization and Development (CIGLOB). He has held senior positions as a Country Director at the World Bank, Executive Director at the Inter-American Development Bank, Regional Advisor at UN-ECALC (Economic Commission for Latin America and the Caribbean), and project-director at the United Nations University-World Institute of Economic Research. His books include A History of Big Recessions in the long Twentieth Century , Cambridge University Press, 2020, Global Capitalism at Disarray, Inequality, Debt and Austerity Oxford University Press, 2017, Pensiones a la Chilena, Editorial Catalonia, 2017; Economic Elites, Crises and Democracy, Oxford University Press 2014, International Migration in the Age of Crisis and Globalization (2010). His A History of the Privatized Pension System in Chile, Anthem Press is scheduled to appear in late 2020.