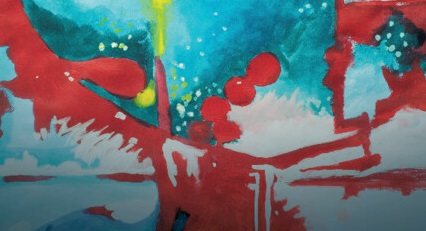 When you think about Latin American literature, you might first recall the magical realist novels that hit the international literary markets in the mid-twentieth century. This region’s literature might also evoke the names of certain traditionally canonical authors such as Gabriel García Márquez, Jorge Luis Borges, Octavio Paz, Julio Cortázar and Pablo Neruda. This heyday of Latin American literature, when the region burst into the global cultural scene, enjoyed enormous amounts of attention among scholars as well. However, somewhat abruptly, at approximately the turn of the millennium, Latin American researchers mostly stopped writing about mid-century literature. What happened to the academic interest in this era?

Guided by tendencies, new at the time, to open up the canon and give a voice to non-hegemonic authors, scholars started to focus on works traditionally not included in academic research. After too long hovering in the background, Latin American women, Black, Indigenous, LGBTQIA+ authors, among others, started to be released from unwarranted obscurity. This process of uncovering works written by authors who would usually not have been incorporated into the canon has created a fresh new vision of Latin American literature, away from writers typically associated with the region, and towards authors from all walks of life who have words to offer about the human condition.

While this process of recovering Latin American literary voices was starting, mid-century literature as it was understood, deeply embedded in the traditional hegemonic canon, lost much of its allure. White male authors no longer garner the same kind of unequivocal interest as before, and unsavory biographical details about certain writers also call into question how much attention they should warrant. Questions arise concerning how to tackle the undeniably powerful literature of the mid-century era in this new millennium.

Latin American Literature in Transition 1930-1980 takes on the task of rethinking this era in the context of today’s scholarship and society. First and foremost, this volume actively seeks to incorporate voices of non-hegemonic authors in balance with the voices from the literary canon. Afro-Cuban authors and Mexican women writers of testimony find a place in this volume as do a Peruvian author of Quechua-Spanish poetry and Brazilian political activists with intersectional identities. The volume also includes authors of Mexican fantasy fiction, writers of Argentine detective fiction and Chilean lesbian poet and Nobel-prize laureate, Gabriela Mistral. Canonical authors are also represented, but they are perceived through a fresh lens and situated in a context that reshapes their voice as one of many on the mid-century Latin American literary stage. For example, instead of revisiting his narrative prose, Julio Cortázar’s unpublished poetry becomes the subject of one of the chapters. Testimony comes to the fore as one of the principal genres of the era, while surrealism emerges as one of the leitmotifs of the volume, and exhausted terms like magical realism are de-emphasized or even cast aside.

Scholars might have abandoned this era for a while, but by adding balance to the literary offerings, we hope that mid-twentieth-century Latin American literature has a second chance.

About the Author: Amanda Holmes

Amanda Holmes is Associate Professor of Hispanic Studies at McGill University. She has written extensively on Latin American cultures. Her publications include City Fictions: Language, Body and Spanish American Urban Space (2007), Politics of Architecture in Contemporary Argentine Cinema (2017), and Cultures of the City: Mediating Identities in ...