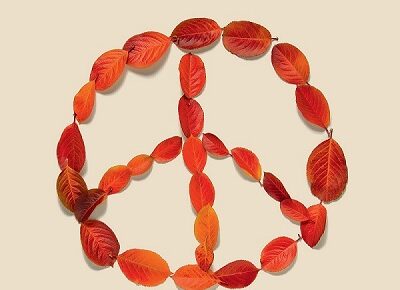 The flower children of the 60s are now in their 60s and beyond, but their hippiedom is not just a vague memory of their rebellious youth. My recent study of aging hippies reveals that “once a hippie, always a hippie.” Moreover, it suggests that we all have a lesson or two to learn from the hippies about aging well.

Several years ago, while sitting in an outdoor café in Amsterdam, I noticed an older couple walking by. Both had long white hair, wore tie-dye clothes, and had beads around their necks with peace signs as a medallion. Suddenly it hit me: Some hippies have remained hippies to this day! I was flooded with questions: What did the hippies do for the rest of their lives? Did they become, as many believe, part of the mainstream and abandoned all their ideals and dreams? How are they doing now as older adults? Do they still consider themselves hippies? Do they still believe in love and peace, and want to change the world? Do they meditate and practice yoga all day? What about “sex, drugs, and rock-n-roll”? Is anything of their somewhat wild and radical lifestyle left? Did they come up with a new, creative, and better way to age?

The hippies were the most salient countercultural movement in the U.S. during the 1960s. Opposing the war in Vietnam and rejecting the mainstream American lifestyle, this movement originated on college campuses but quickly spread throughout the U.S. and many other countries. In 1970, many, if not most, of the 36 million Americans aged 15 to 25 (18% of the total U.S. population at that time) participated or at least sympathized with some aspect of the hippie movement. Yet, little is known about the impact of the hippie days on the rest of their lives, and no study, thus far, explored their later years.

It took me some time to find an opportunity to look into the topic. Yet, one day a colleague told me about The Farm, an intentional community founded in Tennessee more than 50 years ago by a group of hippies from San Francisco. After realizing that this community still exists (and even thrives) today, reading articles and books about it, and watching numerous online videos, I decided it would make a perfect springboard for studying aging hippies. Therefore, in February 2020, I traveled to the U.S., visited the place, and fell in love with it.

During my stay at The Farm, I interviewed founding members who have lived there continuously since the 1970s and members who left it for a long time and returned. Later, I decided to expand the study to include former residents and explore how the years they spent founding The Farm connect with their present identity, daily activities, and wellbeing. In addition to a total of 40 in-depth interviews, I conducted offline and online observations and reviewed numerous materials shared with me by the study participants. Integrating the findings yielded by the various sources provided a detailed and fascinating outlook into the aging experiences of the hippies. Moreover, it offered some original answers to the big question that stands at the center of my academic life: “How can we age well?”

Comparing themselves to others—their parents when they were their age, their siblings, their neighbors, and various non-hippie peers they have met through school, work, and the like—most study participants felt that they have aged much better overall. They also discussed the factors that, in their opinion, help them age well. These factors could generally be classified into three categories: healthy lifestyle choices, purposeful engagement, and a supportive social network.

My view of the hippies’ later years does not contradict the study participants’ perceptions. Overall, I agree that they age differently and, yes, probably better than many older adults in the U.S. and other countries. However, my analysis suggested a different framing for the factors that make hippie aging unique. To describe these factors, I needed a wider stage than the one allowed by scientific articles. Moreover, I felt it would not be appropriate to restrict the study’s insights to academic circles. I, therefore, decided to write a book that would be accessible to academics and non-academics alike. The outcome is The Aging of Aquarius: The Hippies of the 60s in Their 60s and Beyond.

Although the book also pays considerable attention to the difficulties that the study participants faced throughout their lives, including today, it is clear that my research described an unusual case of good aging that resulted from a remarkable life. Still, my conclusions are that we do not have to be hippies or even sympathize with them in order to learn from them how to make our golden years meaningful and satisfying. We all may benefit if we make our later years a little more “hippie.”

About the Author: Galit Nimrod

Galit Nimrod is a Professor at Ben-Gurion University of the Negev, Israel. Aiming to deepen the understanding of wellbeing in later life, Nimrod has published over 100 articles in leading scientific journals and collective volumes, and presented her studies at numerous international conferences. Her significant contributions were acknowledged, amon...