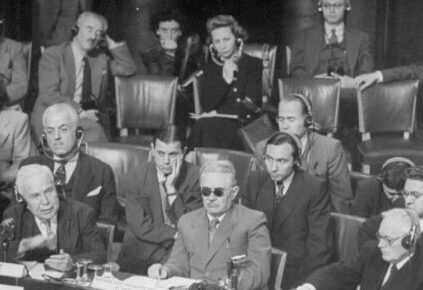 Anyone who knows anything about the Israel/Palestine issue knows that the United Nations decided on a plan to create a Jewish state in Palestine in order to protect world Jewry. That is, anyone who has not looked into what actually occurred at the United Nations. As my The Legality of a Jewish State: A Century of Conflict over Rights in Palestine shows, the matter was highly contentious in 1947, when the British Government asked the United Nations for advice on how to resolve the sticky situation into which it had gotten itself by bringing into Palestine a population of Europeans intent on taking over the country, with little regard to the wishes of its inhabitants.

My book takes a reader through the UN documents that most historians have chosen to ignore. What one finds is that virtually no one said anything good about the idea for a Jewish state in Palestine. In the Ad Hoc Committee on the Palestinian Question, the committee of the whole that the UN General Assembly set up to discuss the matter, one delegate after another said they could see no way to resolve what Britain had wrought, and that they could think of nothing better than a territorial split, one consequence of which would be a Jewish state. It would be a Jewish state that would be linked to an Arab state in something like the Benelux union in Europe, but a Jewish state nonetheless. Even as they stated their reluctant conclusion to split the territory, delegates said they had no hope that a split would be taken lying down by the Arabs of Palestine, who had been 90% of the population before David Lloyd George and Arthur Balfour got their hands on it in 1917.

There were five Arab states in the United Nations in 1947, and they wanted the UN to say simply that Palestine should become an independent state, like the other territories taken from the Ottoman Empire after World War I. That, they said, would be the only lawful outcome for Palestine. To test that proposition, they proposed asking the International Court of Justice for an advisory opinion .First in the General Assembly, next in the Security Council, and then once again in the General Assembly, the Arab states forced votes on their proposal, and in each body they lost by the narrowest of margins. To the many member states who were at sea on what to recommend for Palestine, a court opinion seemed a good solution.

My book focuses on this effort, which was spearheaded by Syria. But that is not all. I explain the political dynamic at the UN, which was key to getting a Jewish state over the finishing line. I said above that virtually no one said anything good about recommending Jewish statehood, In fact, there was only one. Joseph Stalin had come to the conclusion in 1947, over and against what his foreign ministry thought, that the Soviet delegates at the UN should support Jewish statehood. He guessed – wrongly as it turned out – that a Jewish state would be on his side in the Cold War that was then breaking out. His delegate waxed elegant over how a territorial split would make everyone happy in Palestine, seemingly oblivious to the fact that the other delegates were saying that it would lead to warfare.

The other element in the political dynamic was critical to the passage of a resolution in the General Assembly on splitting the territory was the stance of the United States. Like the Soviet foreign ministry, the US Department of State opposed a territorial split. In report after report that I cite in the book, DOS officials said that it would be unfair to the majority population of Palestine to take half its territory, and that apart from fairness, such a plan was impractical, because it would not stick. The DOS, however, did not have the last word. It was held by Harry Truman, whose domestic advisors got to him with the tantalizing argument that were he to support Jewish statehood, he might just be able to win the electoral votes of the State of New York if he deep-sixed the DOS memos.

The influence of the Soviet Union and United States as the two most powerful countries coming out of World War II was such that UN delegates from smaller countries deferred to them. These two were expected to be responsible as permanent members of the Security Council for dealing with hostilities that partition might bring to Palestine, so if they were willing to support partition, they would as well.

One more element shaped the farce that played out at the UN in 1947. When Britain approached the UN, a decision was made to appoint a small committee of member states to visit Palestine and to advise the General Assembly on what to do. A committee was constituted, made up of one appointee from each of eleven states. None of the eleven knew much about Palestine. The organized Palestine Arabs declined to interact with the committee, regarding it outrageous for the UN to make a recommendation on what should happen to their country. The Zionist Organization, taking advantage of Arab non-participation, convinced the committee that Jewish statehood had all but been decided already by the League of Nations, and that it would be a breach of faith for the UN to rescind the promise of its predecessor organization. In fact, the League of Nations had said no such thing, but the General Assembly had given the eleven-member committee only three months to come up with a written report, so there was little time to research what the League did. Had the committee inquired, it would have seen that it was Britain alone, not the League, that had promoted Zionism. So what played out at UN headquarters in New York in 1947 was an unlikely exercise in which the Soviet delegate hailed a bright future for a split Palestine that everyone else knew not to be in the cards. The Department of State was forced by Truman to make a case that it did not support for Jewish statehood. And the 11-member committee fed disinformation to the General Assembly. The result was a General Assembly resolution, usually dubbed Partition Resolution, on which the General Assembly itself retrenched three months later when it became clear that it could not be implemented. With the blessing of Truman and Stalin, the Zionist Organization went ahead to push the Arabs out of most of Palestine. Three quarters of a century later, the only element of validity in what was done at the UN was the prediction that partition would not not bring peace.

About the Author: John Quigley

John Quigley is the author of The International Diplomacy of Israel’s Founders: Deception at the United Nations in the Quest for Palestine (2016). He is the President's Club Professor in Law at the Moritz College of Law at Ohio State University. After earning his AB, LLB and MA d...