Ruminating on Ruin: The Renaissance Kinship between Memory and Mortality 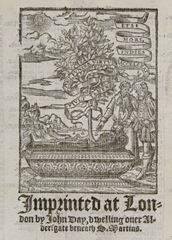 It seems to be a contemporary truism that remembrance provides a comforting analgesic, if not a restorative, for the pain of loss. We seek refuge in the playground of memories to escape death’s increasing encroachments. In the early modern period, however, memory and mortality were intimate confederates. As Shakespeare exclaims, ‘Ruin hath taught me thus to ruminate’ (Sonnet 64): death was to be remembered, not mentally shunned, and memory was seen to have a fragile and short shelf-life, ‘so long as brain and heart / Have faculty by nature to subsist’ (Sonnet 122). This confederacy of ideas may appear as old news to those who know that Shakespeare’s age fully embraced the cognitive directive of memento mori (‘remember that you must die’), and yet early modern scholarship still downplays the kinship by pursuing two separate fields of inquiry: memory studies and death studies. Such a separation may be a function of modernity’s secular presuppositions which skirt around religion’s centrality to cultural praxis and production. The collection of essays Memory and Mortality in Renaissance England (2022) stakes a claim to the common ground shared between these two subject areas, taking as its point of departure the premise that together they subsist and reproduce themselves through a kind of religio-cultural symbiosis, fueled by the ongoing ferment of the Reformation.

Consider an illustration from book history, John Day’s printer’s device, whose evocative tableau involves an elder showing a young nobleman a skeleton stretched out on a sarcophagus. Above the old man appears the Latin motto, ‘although death hastens on from day to day’, the message of which is grammatically finished by a second Latin inscription adorning a tree of honour that sprouts from the skeleton’s midriff: ‘after burial virtue nevertheless will live on’. With a pun on the family name, Day unflinchingly confronts the prospect of the tomb by inscribing within the device his son’s and his own mortality—‘death hastens on from Day to Day’ becomes the printer’s personalized memento mori to pass onto his progeny. (This was not the first device in which Day punned on his family name when gesturing toward the aftermath of death: ‘Arise, for it is day’.) Operating in the vein of a sophisticated emblem, the device uses a motto to prompt readers to speculate upon the pictured scenario. Is the skeleton or the old man an avatar for Day senior and is the young man a possible patron or really his own son? Are we then looking upon three generations of Days? What is clear from the picture is that after decomposition what remains behind for the Days is virtue, symbolized by a tree whose branches suggest the genealogy of familial descent. But ultimately this is not an abstract ethereal fame, hovering beyond material bodies. Insofar as it belongs to a printer’s device, the virtue referenced grows out of the family business—the print production of books, the most famous of which was Foxe’s Acts and Monuments, whose first edition (1563) bore on the final page of the index this very emblematic device. The preservation of honour—and Protestant honour at that—is available not only to Day’s family in their capacity as printers but also to his potential patrons, like the depicted young man, who realizes that the book can be his own living ‘monument’, after Horace’s commonplace adage, ‘more lasting than bronze’. Day’s occupation, faith, and legacy are evocatively bound up with memory and mortality in the emblematic device. (For a full discussion of John Day’s involvement in the Protestant memory art see William E. Engel’s The Printer as Author in Early Modern English Book History (2022))

The volume Memory and Mortality in Renaissance England gathers together leading scholars who illuminate the kinship between these two prominent ideas in early modern literature and culture. Each of the volume’s three sections identifies a particular area in which death productively intersects with remembrance. In ‘The Arts of Remembering Death’, chapters by Rebeca Helfer, Jonathan Baldo, John S. Garrison, and Scott Newstok consider the cross-pollination between the ars memorativa—brought to scholarly attention by the landmark studies of Francis A. Yates and Paolo Rossi—and the ars moriendi, the art of death, an area witnessing a recent surge in interest. The second section ‘Grounding the Remembrance of the Dead’, which refers to the literal and figural establishment of the burial site, includes chapters by Patricia Phillippy, Philip Schwyzer, Brian Chalk, and Claire Preston who respectively explore the ecological, confessional, literary, philosophical, and confessional ramifications of securing the place of the dead in seventeenth-century England. Finally, in ‘The Ends of Commemoration’, each of the chapters by Peter Sherlock, Anita Gilman Sherman, Andrew Hiscock, and Michael Neill examines how a distinctive expression of Protestant commemoration puts a different accent on the secular life in an effort to serve the living rather than the dead, who in the period were stigmatized by an association with Catholic prayer and funereal rituals. By tracing the intersections and interrelationships between memory and mortality, the volume’s scholars discover the force by which ruminating on ruin contributed to Renaissance culture—its practices, its images, and its writing.

About the Author: Grant Williams

Grant Williams is an Associate Professor of English at Carleton University. He has co-edited four collections: Forgetting in Early Modern English Literature and Culture: Lethe's Legacies (2004), Ars reminiscendi: Memory and Culture in the Renaissance (2009), Taking Exception to the Law: Materializing Injustice in Early Modern English Literature (20...