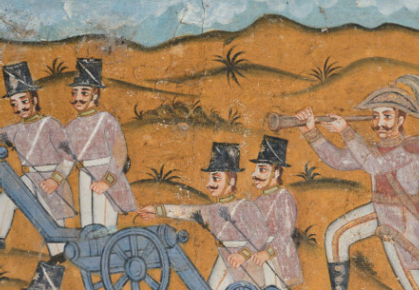 Through numerous international agreements, states promise their respective treaty partners to accord foreign investors and their investments protection from unlawful state encroachments as well as violence by third parties. In case these guarantees are violated, individual investors may initiate arbitral proceedings against their host state and claim damages. From the perspective of investors, this protection becomes especially relevant in times of armed conflict. For states, however, such times make the provision of protection especially difficult. Arbitral proceedings in the aftermath of upheavals in several Arab countries have laid bare unresolved issues and posed new challenges arising from the factual and legal implications of armed conflict for international investment law. Russia’s aggression against Ukraine is prone to trigger comparable questions: Do investment treaties apply as usual in times of armed conflict? Can foreign investors demand ‘special’ protection from violence? And do states have to pay compensation when destroying property or restricting its use during conflict?

For classical international law, international agreements ceased to exist once war broke out. But this notion has long been replaced by the principle of treaty continuity. Accordingly, treaties continue to operate in principle, even if the treaty parties engage in hostilities. Although the International Law Commission suggested that armed conflict may exceptionally give rise to vague customary rights to suspend or even terminate the operations of a treaty, the Commission indicated that investment treaties would in principle not be susceptible to suspension or termination. More generally, however, the Commission’s overall approach in its ‘Draft articles on the effects of armed conflict on treaties’ is questionable – not only because the operation of these draft articles remains ambiguous, but also because the approach has conceptual flaws and lacks a basis in contemporary state practice. It is more appropriate to rely exclusively on the general law of treaties and its narrowly confined rules for the continuity and discontinuity of treaty relations. Based on these rules and the principle of continuity, investment treaties clearly remain operative during armed conflict.

Apart from the impact of international humanitarian law, the vague nature of most investment protection standards arguably also offers sufficient flexibility to take factual circumstances of armed conflict into account and ensure an equilibrium between competing interests. The due diligence standard to protect foreign investors and their investments from third-party harm, for instance, is inherently open to prevailing conditions, such as the state’s actual capacities. Beyond questions concerning actual hostilities, the protection from expropriation and unfair treatment of foreign investments should also be considered in light of the prevailing conditions of armed conflict. While, for example, the protection against unlawful expropriation generally follows the same parameters as in times of peace, the urgent public interests involved should increase states’ leeway in restricting the free enjoyment of property. Similarly, the determination of whether a treatment was ‘fair and equitable’ can only be made properly when taking due account of the factual circumstances of conflict. At the same time, it is important to stress that armed conflict does not put into question certain basic guarantees. Investment treaties continue to offer protection from abusive property seizures, discriminatory restrictions on businesses, or unreasonable ‘countermeasures’ targeting companies originating from countries deemed enemies.

In conclusion, the question raised by the headline of this blog post must be answered in the affirmative: Investment treaties do accord special protection to foreign investors also during armed conflict. However, international humanitarian law as well as the factual circumstances of conflict recalibrate the operation of this protection. In times of conflict, foreign investors must, just like the general populace, tolerate more intensive restrictions on their interests than in times of peace. At the same time, the state’s pursuit of military and security aims does not justify disregarding the rule of law and core guarantees of investment protection. Most significantly, international investment law offers a rare opportunity for private actors to enforce international rules against a state. Through a flexible, contextual, and systemic approach, international investment law and arbitration can make violations of legal norms during armed conflict costly for states and thus contribute, albeit to a limited degree, to the maintenance of the rules-based international order even during armed conflict. Since international norms are all too often flouted with impunity during armed conflict, even small steps in this regard are to be welcomed.

About the Author: Tobias Ackermann

Tobias Ackermann is an Associate at Berlin-based law firm BLOMSTEIN, where he specializes in foreign trade and public procurement law. Previously, he was a research associate at the Institute for International Law of Peace and Armed Conflict, Ruhr University Bochum, Germany. He holds a doctorate in law from Ruhr University....