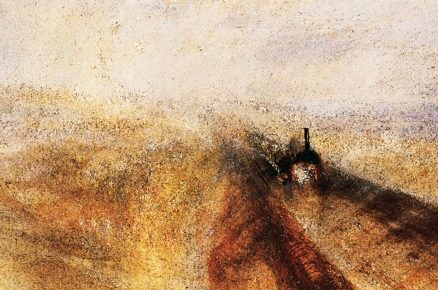 The late Gilbert Sorrentino once told me that “even Kafka has to write ‘He opened the window.’” It took me some time to feel the force of this remark. But after years of studying modernist literature, and after I found myself pushing further and further back into the 19th century, I began to see what he meant. For as I moved into the past, I discovered surprising common threads across a literary divide which has been virtually constitutive of my field: modernist studies. Influence, I soon found, persisted despite the historical abyss the modernists tended to put between themselves and their immediate predecessors.

Influence is a complicated concept. What does it mean to say one writer is influenced by another and how exactly is that influence registered? Is it recognizable in an author’s form—an adherence to certain novelistic conventions, say, or turns of phrase that are characteristic of a specific predecessor? If you are influenced by Dickens, does that mean you write in a sentimental mode, contriving nigh impossible coincidences that weave together seemingly disparate lives? Or, if your favorite novel is Middlemarch, must you then combine deep philosophical and moral meditations with carefully crafted characters whose lives work as illustrations—if also, at times, refutations—of those ideals? But to follow one’s predecessors this closely risks the charge of being derivative. Recognizing this fact, literary history is most often told in the language of disaffiliation. The Romantics proclaimed the language of “men talking to men” over and against the classicism that preceded them; the Victorians transformed Romantic idealism into a practical, if at times conformist, reformism. And the modernists, in perhaps the most widely accepted version of this cliche, firmly rejected their realist predecessors and the worn-out conventions to which they adhered. Nevertheless, as I argue in The Persistence of Realism in Modernist Fiction, the modernists remained deeply invested in the concerns of the 19th century novel, even if they consistently reworked them in new ways.

Consider the moment near the beginning of Dorothy Richardson’s Backwater, when its heroine, in a scene straight out of Jane Austen, anticipates a dance and the match-making that might occur there. “Tomorrow,” she thinks, “the room would be lit and decked and clear . . . Amongst the crowd of guests, he would come across the room.” And yet when her intended arrives, the scene is decidedly anti-climactic; Ted soon disappears from the narrative never to be thought of again. Pages of anticipation yield no tangible result. We can certainly read this as a critique of Austen and the seeming narrowness of her concerns, but what is equally striking is how Richardson reproduces her narrative conventions, even if she does so for her own purposes. When we consider these two moments together—combining Ezra Pound’s aphoristic injunction to “make it new” with T. S. Eliot’s assertion that the “most individual parts” of a poet’s work are “those in which the dead poets, his ancestors, assert their immortality most vigorously”—we can see modernism less as a rejection of the realism that preceded it than as a careful, considered reworking of some of its most basic impulses.

Critics, however, have tended to follow Virginia Woolf, who argued, in “Character in Fiction” that her Edwardian predecessors may “have made tools and established conventions which do their business. But those tools are not our tools, and that business is not our business. For us those conventions are ruin, those tools are death.” Those tools must, therefore, be abandoned. But what is clear when we examine a novel such as The Years is that though Woolf has indeed jettisoned the most obvious conventions of the domestic novel—no courtships or marriages here—she nevertheless retains an interest in its defining concerns: how is culture transmitted across generations? How does historical change make itself felt in our personal lives? What forms of agency are available to individuals within the structures that define them? Are we happier now than we once were?

What interests me in The Persistence of Realism are similar moments of continuity: the persistence of scenes of sentiment in the work of James Joyce and Samuel Beckett, the paradoxical development of the domestic novel in Woolf’s The Years, Henry James’s reliance on melodramatic plots in his investigations of the peculiar class blindness of the elite, the surprising retention, given how often Ralph Ellison spoke against it, of naturalist determination in Invisible Man. In each of these cases, realism means something other than ruin; its structures are not always oppressive. To be sure, realist forms are transformed by these modernist works. But this transformation is never a simple rejection. Whatever use they make of realist forms remains, in some measure, central to the main work of modernist novels. Even Woolf needs to write “she opened the window.”

About the Author: Paul Stasi

Paul Stasi is Associate Professor of English at SUNY Albany. He is the author of Modernism, Imperialism and the Historical Sense (2012), the editor of Raymond Williams at 100 (2021), co-editor of The Last Western: Deadwood and the End of American Empire (2013) and Ezra Pound in the Present (2016), along with numerous essays....