Has the Communist Party of China (CPC) increased its control over private corporations? 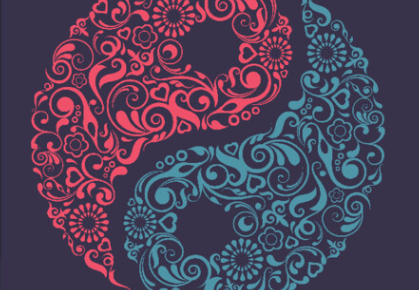 Numerous recent media reports have claimed that President Xi Jinping has greatly expanded the CPC’s presence in private business firms,1 with some giving estimates that 68% of private Chinese firms now have a Communist Party branch within the firm, and some regions are aiming for 95% coverage.2 According to one high profile US Congressional investigation of Chinese tech firms Huawei and ZTE, ‘experts in Chinese political economy agree that it is through these Committees that the Party exerts influence, pressure, and monitoring of corporate activities.’3 This is one reason why the US and other governments have imposed sanctions or trade restrictions on these ostensibly private corporations.4

However, this characterisation of the CPC’s ‘expanding presence’ over private Chinese firms is misleading. Firstly, the statistics are wildly inaccurate, as is the claim that CPC branches are increasing in private firms. The author’s review of official CPC annual statistics (which are unlikely to downplay the Party’s role) found that after briefly increasing during 2013-16, between 2017 and 2019, the number of private firms with Party branches actually declined precipitously by some 400,000 (or 21 percent) to a level below what it was before Xi became president. And if we calculate the percentage of CPC branches within Chinese private firms as a whole (rather than merely in large firms), it is currently only around 7%. 5

Despite these relatively low and declining numbers, foreign governments still decry the fact that China’s largest private corporations – especially those seeking to enter Western markets or acquire advanced technology – do maintain CPC branches, and assume that the Party uses these branches to insidiously control the firms’ management. 6

However, several rigorous empirical studies have demonstrated that, in the words of academic Bruce Dickson, ‘Party building in the private sector has been more successful at promoting the firms’ interests than exerting Party leadership.’7 Likewise, Hong Kong academics Xiaojun Yan and Jie Huang found that ‘most Party branches within private enterprises just do what the business owners want, never what the owners don’t want,’ and ‘the benefits of its business-oriented Party building tend to accrue to private entrepreneurs rather than to the Party-state.’8

One reason for this ‘capture’ of CPC branches by private entrepreneurs is that their branch executives are appointed and remunerated by the firm’s management, not by the PRC government. And to ensure there is not a competing CPC power centre within the business, private firm CEOs often appoint themselves as the firm’s Party Secretary.9 One national survey in 2010 found that almost 70 percent of private entrepreneurs with Party membership were also the Party Secretaries for their enterprises,10 a phenomenon known as the ‘familisation’ (or co-opting) of CPC branches by the controlling shareholders of private firms.11

Likewise, in most private firms, CPC branches are barely active: on average, they only hold meetings once every three to six months, and in 15 percent of firms, there are no regular Party meetings at all, with the Party branch being just an empty shell.12 Only 0.4 percent of private entrepreneurs in the PRC in one national survey thought that CPC branches were essential to the operation of their businesses.13

By contrast, some firms like Huawei do have active CPC branches, but their role is not a political one. Huawei’s management has effectively co-opted its CPC branch to serve as a motivational training centre, working to enable employees to contribute better to Huawei’s performance and increase its profits.14 Of course, like all other PRC organisations, Huawei needs to ensure that its employees do not rock the political boat by actively challenging the CPC’s rule.15 Yet within this generally assumed political framework, there is a great deal of flexibility in how private firms like Huawei utilise their CPC branches.

Not surprisingly, this disjunction between personal/firm incentives and Party building means that short-term profits tend to be prioritised over Party initiatives like anti-corruption, environmental protection, and efficient allocation of government resources. Corrupt collusion between local (captured) Party officials, private firms, and self-interested state-owned enterprises is a key reason for China’s massive property and infrastructure debt crisis, which threatens to overwhelm its economy.16

Why is the prevailing view of the CPC’s presence in private firms so wrong? It is partly due to commentators accepting the Party’s own propaganda at face value – after all, it is true that Xi Jinping has called for increased Party control over Chinese society, including business firms, and this idea has been widely promoted in the state-controlled Chinese media. More importantly, it displays a lack of awareness of the extreme fragmentation of the Chinese corporate and political ecosystems, and the enormous difficulty that the CPC has in imposing its will in the face of competing individual and corporate interests. But to see this fragmentation, we need to cut through the distracting blur of propaganda and find out how the corporate ecosystem actually works on the ground in China.

Colin S. C. Hawes is an Associate Professor in the Law Faculty at the University of Technology Sydney and a Research Fellow at the UTS Australia-China Relations Institute. He has published widely on Chinese corporate law and Chinese culture, including a previous book entitled The Chinese Transformation of Corporate Culture (2012)....