Creating a Country to Save the Planet 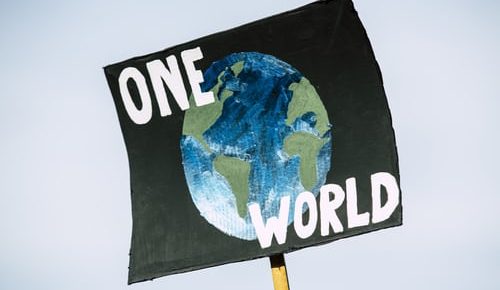 International efforts to combat climate change have left many people disappointed. Attention has focused on the failure of states to take the action needed to protect the planet. This reflects how the debate has been conducted at events such as the 2021 United Nations Climate Change Conference (COP26) in Glasgow. The environment was not represented at Glasgow; states were. Is there a way to fix this? Some community groups and environmental activists have adopted creative means to do so. They have formed their own nation states with the purpose of securing a voice for the global commons.

In the 1970s, an aluminium smelter was proposed at the small coastal settlement of Aramoana, near Dunedin, in New Zealand’s South Island. The plan required the destruction of the villages of Aramoana and nearby Te Ngaru. It also threatened a local wildlife reserve. Following several years of community activism, the residents struck upon a clever idea. In December 1980, they announced that the town would secede from New Zealand and declared the creation of the new Independent State of Aramoana.

The community activists established a border post, travelling embassy and printed citizenship certificates, passports, and stamps. The aim was to raise funds and to generate publicity to build a national campaign opposing the smelter. The campaign was a success. Public pressure led one of the companies involved in the project to withdraw. Unable to secure financing, the government was forced to back down. The failure of the smelter plan eventually paved the way for the Independent State of Aramoana to reintegrate with New Zealand.

Aramoana’s success has inspired others. In June 1997, three Greenpeace activists landed on a tiny, uninhabitable granite rock, over 300 kilometres west of Scotland. Perhaps ‘the most isolated small rock in the oceans of the world’, Rockall soon attracted global attention. Announcing that they rejected British sovereignty, the group scaled the rock, raised a flag, and declared Rockall the capital of the new global state of Waveland. Around 15,000 people across the world registered as citizens, attracted by its founders’ stated aspiration ‘to protect the global commons rather than to exploit it’, and their commitment to block fisheries and oil exploration. The UK government ignored the development. Greenpeace’s occupation ended after forty-two days, and Waveland has since ceased to exist.

Greenpeace has not given up on the idea of creating a country to protect the environment. In March 2014, Greenpeace activists planted a flag in a Chilean glacier and announced the creation of the new Glacier Republic. Claiming all 23,000 square kilometres of Chilean glaciers, the Republic aims to ‘draw attention to glacier retreat and global warming’ and encourage Chile to enact environmental laws protecting glaciers. The issue is critical, as Chile is home to around 82 per cent of South America’s glaciers. The Republic has pledged to maintain its assertion of sovereignty until all mining near glaciated areas is abandoned.

The Republic’s founders have encouraged people from all over the world to take up citizenship. So far, the Republic boasts over 165,000 citizens—considerably more than many recognised countries like Tonga (99,000), Liechtenstein (39,000) and the Vatican City (825). The Republic has also solemnised a marriage on the El Morado glacier near Santiago and set up embassies (operating out of Greenpeace offices) with more than 40 countries. No country has yet recognised the Glacier Republic.

The Independent State of Aramoana, Waveland, and the Glacier Republic look a bit like states, but they are not states. They are micronations. Micronations are self-declared nations that perform and mimic acts of sovereignty and adopt many of the protocols of nations. However, they lack a foundation in domestic and international law for their existence and are not recognised as nations in domestic or international forums. Around 130 micronations exist across the world. Many more exist entirely online.

Micronations are not states so they could not attend Glasgow. They are not able to participate in international conferences aimed at protecting the environment. However, their existence illustrates an important point about statehood, sovereignty and international legal personality. It also showcases the creativity of many activists who create a country in order to save the planet.

About the Author: Harry Hobbs

Harry Hobbs is a Senior Lecturer at the University of Technology Sydney Faculty of Law. Dr Hobbs' recent scholarship has explored ideas of sovereignty through the lens of Indigenous peoples' rights, and he is co-Chair of the American Society of International Law Rights of Indigenous Peoples Interest Group....

About the Author: George Williams

George Williams AO is a Deputy Vice-Chancellor, the Anthony Mason Professor and a Scientia Professor at UNSW Sydney. He has served as Dean of UNSW Law and held an Australian Research Council Laureate Fellowship. He has written widely on constitutional law and has appeared as a barrister in the High Court of Australia on freedom of speech, freedom f...