Turbo-Charging the Tech Industry: Dual-Class Stock Coming to a Stock Exchange Near You Soon! 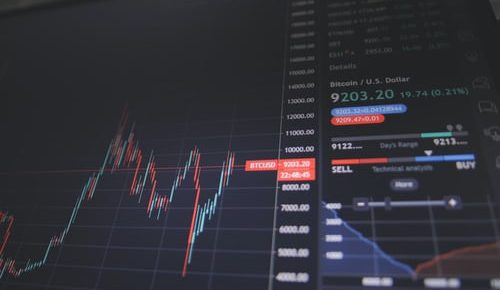 With Facebook introducing us to the ‘Meta-verse’, Zoom becoming as relevant to our lives as the humble telephone, and ‘Google’ being as much a verb as a corporate colossus, Big Tech is shaping the world in a manner that many could not have envisaged even a decade ago. Notably, though, as fears of global domination and monopolisation come to the fore, all of the abovementioned companies are US publicly-listed corporations. The UK has a flourishing tech-scene, with plentiful innovative private companies, but it has not seen a corresponding surge in London Stock Exchange (LSE) behemoths to rival their US brethren. As UK tech-companies grow, they are mostly being acquired by foreign corporations or listing on overseas exchanges. The dearth of listings on the LSE, particularly in the tech-sphere, has vexed governments and regulators considerably in recent years. A key to unlocking the puzzle lies in the use of ‘dual-class stock’, currently prohibited from the LSE’s most prestigious sector, the premium tier. Dual-class stock, as adopted by Alphabet, Meta, Zoom, Airbnb, Peloton, Snap, Lyft, Pinterest and many other US tech-companies, is where a company’s founder owns shares to which are attached multiple votes, while the public shareholders hold shares to which are attached one or no votes per share. Accordingly, a founder can list the company, selling part of his or her shareholding and issuing new shares to public shareholders, while retaining control through the retention of stock with multiple votes per share.

Historically, the LSE’s regulator, the Financial Conduct Authority (FCA), has focused on the potential mischiefs that could occur through the abuse of dual-class stock. With dual-class stock and disproportionate voting rights, a founder can retain control while holding only a small proportion of the shares in the company. Such a founder could therefore potentially utilise voting control to cause the company to take actions that are personally beneficial to the founder, but detrimental to shareholder value, without suffering commensurate financial loss. A myopic focus on the possible downsides of dual-class stock, however, hides the potential upsides. Dual-class stock will encourage founders to list their firms. Many founders are deterred from publicly listing their companies for fear of a loss of control which could lead to them being dismissed as a result of takeovers or the public shareholders determining that the relevant founder should no longer manage the business. Without dual-class stock, the only way for a founder to avoid daily share price becoming a ballot on his or her incumbency as leader of the company is to preserve control by retaining a majority of the shares upon listing, which constrains the ability of the founder to crystallise wealth or to issue shares to finance further company growth. Dual-class stock can assuage founder concerns by enabling the retention of control even while divesting of a majority of the shares at the time of listing. Furthermore, once listed with dual-class stock, a founder can take a long-term perspective to the company’s business, without becoming overly concerned if share price fleetingly suffers as a result of long-term investment in research and development. Such considerations are especially apposite for innovative tech-companies where the vision of the founder may not be fully appreciated or easily discernible by public shareholders. The long-running success of tech-company grandees like Alphabet and Facebook may have been cut-off at the knees if the founders had been more readily influenced by a desire to maintain short-term performance at the cost of developing products with long lead-times and product-cycles.

Times are changing. While the US has long seen the benefits of dual-class stock, and is currently riding the wave of such insightfulness, other jurisdictions are quickly jumping on to the bandwagon. Hong Kong, Singapore, Shanghai, India and Tokyo have all recently welcomed dual-class stock listings. To mitigate the risks that dual-class stock could be abused, many of those jurisdictions have also carefully implemented protective measures for public shareholders that curb the most egregious excesses of dual-class stock. Coming late to the party, the FCA has finally opened the door a crack. In a recent consultation, the FCA proposed new rules that will permit dual-class stock on the premium tier. However, the story does not stop here. The FCA’s rules impose various conditions on the use of dual-class stock, some of which go beyond those seen in jurisdictions such as Hong Kong and Singapore, let alone the permissive environments of the New York Stock Exchange (NYSE) and NASDAQ. If the FCA is not careful, it may strike an unhappy balance where the much cherished standards of the premium tier are relaxed, but with no tangible gain. Although the largely unconstrained machinations of the US may be a leap too far for London, if the constraints imposed are too restrictive, the proposals will not attract the innovative companies sought. The world has changed since the LSE was threatening to supplant the NYSE as the globe’s premier exchange. As the financial, manufacturing, energy, retail and mining companies on which the LSE built its foundations become stale, it is imperative that the exchange stays relevant and attracts modern, pioneering companies from disruptive industries such as tech. Dual-class stock is only one ingredient in the cake mix to promote entrepreneurship and turbo-charge the UK economy, but without it, the UK will be left as a speck in the rear-view mirror of the electric car speeding down the new economy highway.

About the Author: Bobby V. Reddy

Bobby Reddy teaches Company Law and Corporate Governance at the University of Cambridge, and is a Fellow of the Cambridge Endowment for Research in Finance and a Fellow of Churchill College. He is a former corporate partner at the global law firm Latham & Watkins LLP and was a director and trustee of the charitable corporate governance think-tank T...