The Most Diverse of All Diversities 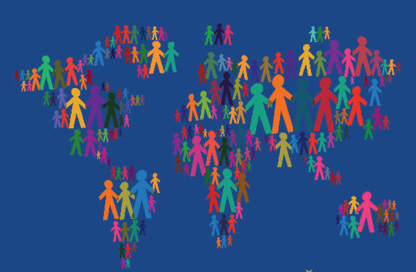 Diversity is on everybody’s lips these days, along with equity and inclusion. These are indeed praiseworthy efforts to start righting the wrongs of the past. May they flourish! Diversity itself is diverse – it comes in a myriad of intersecting identities. One of many identities that we have is the one that our language gives to us. Our first language will determine how we chop our concepts in the words. It will equip us with a network of association (thus many Slavs believe that the draft of air is the source of numerous diseases). It will also make some words more prominent, it will make them keywords of the culture in question. Privacy would be one such word in the individualistic cultures of the English language. It is a key to understanding these individualistic cultures, while the translations of this word into languages that serve collectivist cultures always sound unnatural.

Linguistic identity is often erroneously tied to ethnic or national identity. While some ties certainly exist, linguistic identity is something separate. There are living breeding people who prove the point. For example, there are two towns in the United States with a high concentration of Russian-speaking Jews: Brighton Beach in New York (also known as Little Odessa) and Sunny Island Beach in Florida (known as Little Moscow). These people are not ethnically or nationally Russian and their religious affiliation is quite different than that of most Russians, yet they have been maintaining their Russian linguistic identity – Russian is everywhere: in stores, restaurants, libraries, banks, and Saturday schools attended by the second and third generation of speakers. It is not only that our first language gives us an identity of its own. With each new language that we learn, our linguistic identity changes, it becomes richer, it becomes more diverse.

As a scholar of language and culture, I may be biased, but I believe that linguistic diversity is the most diverse of all diversities (yes, as non-native speaker of English, I can pluralize this word). There are some 7,000 languages on our pale blue dot (to use Carl Sagan’s famous description). That is 7,000 different identities. Then, there are multilingual people, those who speak two or more languages (and, around the world, multilingualism is norm rather than exception). Now we must do complex multiplications to determine how the number of identities grows with each multilingual person. As a scholar of humanities with limited mathematical skills, I will not do that calculation, but I assure you, the number is extremely high. There is no other identity that is even close in its diversity to the linguistic one.

One place where linguistic identity shines the brightest is in the way in which languages organize their vocabularies. In all languages of the world, we will find fascinating examples of peculiar ways to carve out words and connect them with other words and concepts. For example, in Mandarin Chinese, you do not get to say just brother or sister, you need to use a specific word for your older or younger brother and for your older or younger sister. In contrast, speakers of Slavic languages do not have to differentiate between foot and leg as they use the same word for both (as they do in referring with one word each to finger and toe, hand and arm, skin and leather, etc.) In Swahili, spoken, among other places in Kenya, where the Sun always rises at 6 a.m. and sets at 6 p.m. hours of the day start not at midnight, but at 6. Am., so 1 in the morning in Swahili is 7 a.m. in English. English, in turn, is no exception to curiosity of global languages – speakers of other languages may find curious that cars have heads and tails in English (as in headlight and taillight).

We are rightfully concerned to make our societies more diverse and keep our natural environment equally diversified. Let us also not forget the most diverse of all diversities – the languages of our globe, whose number is sadly dwindling. A world where one language would prevail would be as grim and boring as a landscape with just one kind of vegetation.

About the Author: Danko Šipka

Danko Šipka is a Professor of Slavic Languages and Applied Linguistics at Arizona State University. His research interests include lexicography, lexicology, morphology, and computational linguistics. His publications encompass over 150 papers and reviews as well as thirty books including Lexical Conflict (Cambridge, 2015)....

Obesity – blaming and shaming in...

Obesity – blaming and shaming in...

What can multilingualism do for the...