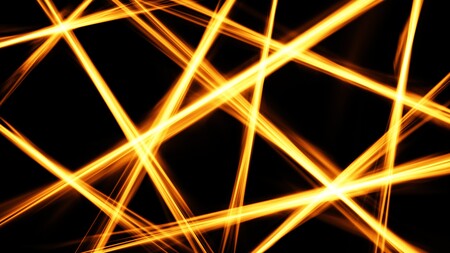 At first glance, the economy of a city, a country, and the entire world, seems to be something too complicated to understand, and even more so to predict. The purchase of a pair of sneakers in a sports store in San Antonio triggers a series of processes that begin with a stock replacement order at the Houston headquarters, continue with an import order in the port of New York, which starts a production order in China, which in turn triggers an order to a London bank to finance the purchase of cloth in India, and so on, covering a multitude of people, institutions, and countries. The total production of goods and services in a country sometimes expands and sometimes not. Financial markets work at astronomical speed and in a very intricate way. The list of examples of complex economic actions and relationships could be extended indefinitely.

For many years, Economists have been building highly simplified concepts and mathematical models that helped shed light on many (well, quite a few; in short, some) aspects of economic phenomena. But the complexity of the economy is such that even today it is difficult to explain, and even more so to predict, many economic dynamics that are the daily concern of people, companies, and governments. Economic phenomena sometimes seem not to respond to any order possible for human intelligence to understand. But help is on the way.

The use of artificial intelligence-driven method in economics is becoming widespread. Just as computers have long intruded into every corner of our practical life, their use to enhance knowledge in science in general, and in economics in particular, is becoming more and more necessary. For a long time, economists had to settle for analyzing the behavior of economic agents and systems with relatively simple models, because the instruments they had were limited: their brains, aided first by pencil and paper, then by calculators, and then by computers that were in fact used as large calculators. However, advances in computer software and hardware, together with developments in artificial intelligence, make it possible today to complement (and in the future surpass?) the human brain with powerful instruments to model and analyze economic phenomena with a level of disaggregation and reach before impossible. To better study real economies, today it is possible to build artificial economies.

What is an artificial economy? It is a computational representation of an economic system, which allows us to simulate the interaction of artificial agents. Artificial agents are the basic units that make up an artificial economy. These agents are computational objects containing information and rules for processing it. They can deploy very simple and silly behavior or display sophisticated forms of artificial intelligence. Artificial agents’ characteristics and rules of behavior, their forms of interaction, and their spatial and temporal environments, are programmed and simulated computationally. From these simulations, economic structures and dynamics arise. In turn, these structures and dynamics can provoke changes in agents, affecting both their characteristics and their behavioral rules. These processes may converge, through disequilibrium situations, towards an equilibrium, or not. And they may lead to evolutionary and complex dynamics.

We are thus witnessing the emergence and expansion of a new way of doing economics, named “artificial economics”, in which the interactions of artificial economic agents are computationally simulated to generate and analyze their individual and group behavior patterns, trying to better explain and predict real economies patterns. Unlike mainstream economics, which is mostly a self-contained way of thinking about economic agents and of modeling economic systems, artificial economics is an open discipline with strong links with the fields from which many of its concepts and methods originate, such as artificial intelligence, cognitive science, neuroscience, evolutionary science, and complexity science. These are very strong “goodfellas”. We hope then that artificial economics, with “a little help from its friends”, will enhance the human brain’s ability to better understand, and hopefully better predict, the dynamics of economic phenomena, which have so much influence on the vicissitudes of the world, in the evolution of countries, and, last but not least, in our daily lives.

About the Author: Ruben Mercado

Ruben Mercado is a Professor at the Latin American Faculty of Social Sciences and a member of the editorial board for the journal Computational Economics. He holds a Ph.D. in economics from The University of Texas at Austin. His research specializes in computational economics, economic modeling and economic development. In the past, he has taught a...