How populists in power use constitutional law 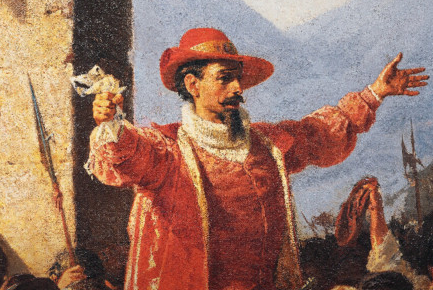 We often tend to conceive populism and constitutionalism as being antithetical but the relationship between them should not be seen in terms of mutual exclusion and perfect opposition. Indeed, it is possible to say that populism frequently relies on concepts and categories belonging to the language of constitutionalism (majority, democracy, people), trying to reshape them to offer a sort of constitutional counter-narrative.

Defining populism is almost impossible, given the diversity of the phenomenon. Instead of defining it, scholars have tried to capture its essence by identifying some of its elements. From a constitutional law perspective, there are three characteristics of populism that appear most interesting: extreme majoritarianism, identity politics and politics of immediacy.

If democracy is a complex concept, populists tend to reduce it to mere majority rule. This often leads populists to challenge constitutions, which, particularly since the Second World War, are by definition characterised by the codification of counter-majoritarian instruments that are functional to preserve minorities and political pluralism. Some examples of these instruments are the judicial review of legislation, the need for super-majorities to amend the constitution and, finally, the existence of certain principles that cannot be amended. These unmodifiable principles serve, in the language of the post-totalitarian constitutions of continental Europe, to make the return of totalitarianism particularly difficult. In other words, post-totalitarian constitutions make it impossible to change certain supreme principles to prevent them from being overturned by the contingent political majority. In this way, they preserve a substantive concept of democracy, which is based on an equal respect of fundamental rights. Populists perceive constitutions as straitjackets and sources of obstacles to the realisation of the will of the people. In denying the constitutional constraint on the mere majority principle, populists are supporters of extreme majoritarianism.

Identity politics consists of presenting the majority as a monolithic entity vested with moral superiority, as opposed to the elite, which is frequently depicted as corrupt. Here, the reductionist attitude of populism, which tends to depict all those who cannot be traced back to the majority as the “others”, is evident. In this sense, political majorities are seen as the enemies of the people.

An example of this is the recent speech given by the (at that time) Italian premier Giuseppe Conte (at that time head of a government formed by the 5-Star Movement and the Lega) at the United Nations, where he said:

Here, one can see the attempt to find a reading consistent with the text of the Italian Constitution by stretching, at the same time, some of its key concepts and, most importantly, exercising a sort of cherry-picking approach to the Constitution. Indeed, when referring to Art. 1 of the Italian Constitution, Conte mentioned only a part of the relevant provision (the part recognising the principle of “popular sovereignty”) to find confirmation of their majoritarian approach to the fundamental charter and to reinforce the false dichotomy between themselves (the people voted by the people) and the “others”. In so doing, populists tactically omit that the same Art. 1 of the Italian Constitution subsequently clarifies that popular sovereignty should be understood as limited by the Constitution itself, as the provision reads, “Sovereignty belongs to the people and is exercised by the people in the forms and within the limits of the Constitution”. This approach is very telling of how populists try to legitimise themselves as political forces consistent with the Constitution; at the same time, when looking for such a literal link with the text of the Constitution, they also advance an alternative reading of two of the constitutional concepts mentioned in that provision, “people” and “popular sovereignty”, by relying on the constitutive ambiguity of these concepts.

The second approach normally followed by populists is called “parasitism”.

One could say that the real aim of populist movements is to alter the axiological hierarchies that characterise constitutional democracies, for instance, by presenting democracy (understood as the rule of majority) as a kind of “trump card” that should prevail over other constitutional values.
If the majority is “the people”, its will must prevail at all costs, and immediately.

Indeed, constitutionalism tends to limit sovereignty and rejects the idea of an unbound, permanent and Jacobin constituent power. If populism ultimately does not accept any form of limitation of power, this makes its constitutional counter-narrative a misleading, tricky and very dangerous misrepresentation.

About the Author: Giuseppe Martinico

Giuseppe Martinico is Full Professor of Comparative Public Law at the Sant'Anna School of Advanced Studies. Previously, he was García Pelayo Fellow at the Centre for Political and Constitutional Studies (CEPC), Madrid, and Max Weber Fellow at the European University Institute, Florence....