A History of Irish Women’s Poetry 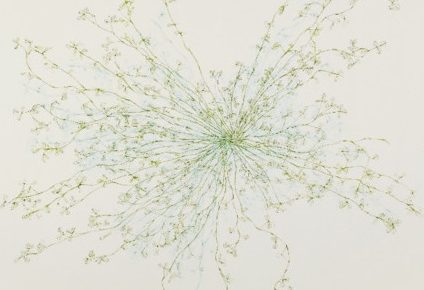 This month, we celebrate publication of A History of Irish Women’s Poetry. I asked a handful of the volume’s authors to tell us something about each of their chapters.

Úallach (†934) daughter of Muimnechán is called banḟile Érenn in her obituary, a title that means in essence ‘Ireland’s leading female poet’. But frustratingly, if any of her work survives, it has been credited to ‘Anon’. So too has the bulk of medieval Irish poetry but, as this chapter shows, the challenges faced by women who struggled to find their voice as poets and the circumstances in which some of them succeeded were very different to those of their male counterparts. The professionalization of poetry, for one thing, denied female poets the privileged positions to which male poets could aspire. The reputed female poets we encounter in these pages are no less interesting for that – women such as Samthann (†739), abbess of Clonbroney, or Queen Gormlaith (†949). The extant poems and fragments with attributions to women from the period before the seventeenth century give a strong sense of the richness of Irish women’s poetry in that time.

This chapter examines the small corpus of poetic works in English associated with women in seventeenth-century Ireland, and the even smaller corpus of poetic works in Irish during that time. It considers how much we don’t know about the poets and poems, but also scrutinizes what we can determine from this fragmentary but nonetheless generically diverse record. The two groups of poets faced analogous challenges of gendered exclusion, but differed sharply in their relationship to hegemonic power. Those composing in English belonged overwhelmingly to Protestant, propertied class networks that sought to erase the native cultures and practices they encountered in an Ireland they often displaced or erased from their Anglocentric work. Those composing in Irish belonged to or addressed a Catholic elite or nonelite audience, working within vibrant native poetic traditions they confidently deployed in search of love, humor, or patronage, suggesting a far richer world than that which survives in print. These poets are thus widely—even opposingly—divergent, yet structurally similar in their relation to patriarchal structures that position them as “other.”

The Celtic harp is justly famed as a potent cultural and political symbol, but for Mary Tighe it was also a meaningful personal possession, a tactile, auditory reminder of her homeland and heritage that often accompanied her on her travels. Tighe, who was an accomplished musician, had her own harp fashioned specifically to her order and always regretted leaving it behind, even briefly. “Oh, my loved Harp! companion dear, . . . must I leave thee?” she wrote in “Address to my Harp,” the lyric poem she copied out in the two-volume manuscript she painstakingly assembled for her husband, Henry Tighe, where she adorned the poem with her lovely, evocative drawing of the solitary harp. Too often, we forget that authors are also “real people” for whom such objects hold profound emotional significance. Mary Tighe reminds us to remember.

This chapter focuses on women’s poetry in the decades following the establishment of the Free State, a time when poetic innovation and experiment was suspect (modernism itself stigmatized as faddish and derivative), and the position of the woman poet in a cultural dispensation that valorized the female domestic and reproductive roles was especially unclear. While this marginalization is largely responsible for the sidelining of women’s poetry in critical narratives of neo-Revivalism and modernism in this period, this chapter sheds light on the creative possibility women writers found in traversing a dark and indeterminate cultural terrain, and the broad literary fellowship they cultivated by design or by necessity. Looking at the heterogeneous work of Temple Lane, Blanaid Salkeld, Kathleen Arnold Price and Sheila Wingfield, this chapter shows women poets asserting both traditionalism and aestheticism as fiercely independent positions, and surprising and eluding contemporary reviewers with their poetic innovation. These writers intervened directly in central cultural debates about literary form in Ireland, and found a staggering variety of ways—covert, playful, and overt—to reflect on and respond to the uncertain space of the woman poet in post-independence Irish society.

“At night the mousehole leads to folk-tale day, / The bluebeard room, the bottomless black myth, / And there, as bride or serpent, bird or tree, / I hold the mirror up to life and death.” Freda Laughton was not the only mid-twentieth century Northern Irish woman poet to reflect on and redefine the role of the poet. My chapter provides an introduction to the work of Elizabeth Shane, May Morton, Freda Laughton and Celia Randall and how they conceived of the woman poet and her creative power. From fiddling off a suitor who wishes to constrict the woman poet to the domestic role to diving into the Jungian subconscious for a new feminine creative archetype to rewriting women back into history, these poets reclaim poetic power, create a poetics centred on women’s experience, and push back against a culture that marginalized them.

In this chapter I highlight some of the transformative energies at work in poetry by women in Ireland at the present time, with an eye to what the future may hold. Among these are the interconnections between poetry and the political, the uses of poetry in recent movements and campaigns for social justice, experimentations with form and the opening out of the ‘Irish Poem’, the ongoing work of practitioners to transform poetic institutions of all sorts, and the aesthetic and political vitality of work by so-called ‘minority’ poets, particularly work by artists of minority ethnic and migrant background – work that is transforming the terrain of Irish poetry on page and in performance. Hopefully, this chapter will provoke discussion while highlighting some of the important work being done in Irish poetry at the present time and – most importantly – will encourage students and other readers toward poets and work that they may not have come across before.

About the Author: Ailbhe Darcy

Ailbhe Darcy is Senior Lecturer in creative writing at Cardiff University and the author of Imaginary Menagerie (2011), Subcritical Tests (2017), in collaboration with S. J. Fowler, and Insistence (2018), which won Wales Book of the Year, the Roland Mathias Poetry Award and the Pigott Prize for Poetry, Ireland's largest poetry prize, and was shortl...