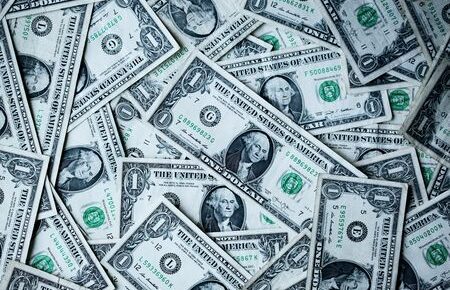 Monetary policy and the Federal Reserve seem boring to most people…until they’re not. And when things get lively, serious economic damage usually follows. There’s a reason the expression “May you live in interesting times” is regarded as a curse!

Truthfully, citizens should pay more attention to the Fed, even during tranquil times. Money plays a foundational role in fostering human prosperity by helping us learn from our past, plan for our future, and adjust our commercial habits as circumstances change. All of us have an interest in maintaining a good monetary system.

Concerns for responsible monetary policy tend to fall by the wayside during crises. Long-term considerations for monetary stability took a back seat during the financial crisis of 2007-2008 and in response to COVID-19. In fact, our inattention to money plausibly explains why these events were so destructive.

The recent crises demonstrate how our monetary institutions are fundamentally unlawful. They are susceptible to both political pressure and bureaucratic mandate creep. Despite droves of Ph.D. economists at the helm, we simply don’t have the ability to run the central bank as a technocracy. We need reform at the most fundamental level.

In Money and the Rule of Law, we argue that we need to bring the rule of law to monetary policy. This means forcing the Fed to adopt a general and predictable rule—one that will promote economic stability and satisfy democratic justifiability. Importantly, the rule must be specific and enforceable. Monetary rules that have built-in escape clauses, through which central bank discretion can sneak back in, won’t cut it. We need to tie the hands of the monetary authority to make it conduct policy for the general welfare, rather than the narrow welfare of political and economic insiders.

In arguing for lawful monetary institutions, we draw on the scholarship of three great classical liberal scholars: F. A. Hayek, Milton Friedman, and James M. Buchanan. Each of these Nobel laureates wrestled with the problem of how to bring the rule of law to monetary policy. Each of them believed that we need rules that align the self-interested behavior of private and public actors with monetary stability.

Most of contemporary monetary scholarship is too technocratic and rationalistic to help us improve policy. To fix the Fed, we need not mere cleverness, but wisdom. As Hayek, Friedman, and Buchanan argued, only true monetary rules can ensure an anti-fragile monetary regime. The alternative is a never-ending series of escalating crises.

About the Author: Peter J. Boettke

About the Author: Alexander William Salter

Alexander William Salter is an associate professor of economics in the Rawls College of Business at Texas Tech University and the Comparative Economics Research Fellow at TTU's Free Market Institute....

About the Author: Daniel J. Smith

Daniel J. Smith is an associate professor of economics in the Jones College of Business at Middle Tennessee State University and the Director of the Political Economy Research Institute....