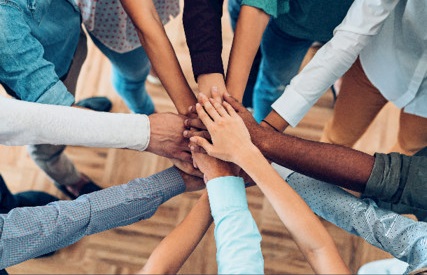 What do the United Nation’s 2030 Sustainable Development Goals, free and fair elections, and secure homelands share in common? It is this: achieving these extraordinary ends depends on committed public servants doing their jobs, day in and day out, sometimes in the face of significant challenges.

The special disposition of public servants to put others before self has recently come to be known as public service motivation. The concept of public service motivation is not new. Journalist Thomas Ricks writes, for example, in First Principles that “public spirit” was as important to America’s founding ethos as the myriad of checks and balances embedded by Madison and Hamilton in their institutional vision in the Federalist Papers. Ricks traces the foundations of public spirit not to the America Revolution, however, but to Greek and Roman philosophers who preceded America’s founders by two millennia.

When delivering his first inaugural, Abraham Lincoln focused on how public spirit, lost in civil war, might again be found: “We are not enemies, but friends. We must not be enemies…. The mystic chords of memory, stretching from every battlefield and patriot grave to every living heart and hearthstone all over this broad land, will yet swell the chorus of the Union, when again touched, as surely they will be, by the better angels of our nature.”

People who project high public service motivation possess common personal qualities. They believe in the efficacy of governing institutions, are committed to their civic duties and the public interest, are deeply compassionate, and willing to sacrifice personal gain for public goals.

Just as the origins of public spirit can be traced to the Greeks, public service motivation is universal, not just a byproduct of American exceptionalism. Leaders of the United Nations Development Programme see the embrace of public service motivation in the developing world as highly consequential for realizing the 2030 sustainable development goals.

Recent experiences with authoritarian political regimes reminds us, too, of the costs of abandoning a public service ethic. Brazil, Hungary, Turkey, and the United States have taken steps toward authoritarianism that have had sweeping effects on the upper and middle echelons of their civil service. The consequences are no less real, as the failure of these countries to control COVID-19 attests.

Although Donald Trump’s impeachment hearings were occasions for high drama, they also showcased a mundane phenomenon—the public service motivation of a diverse mix of people. Ambassador Marie Yovanovitch, a career diplomat, faced extraordinary vilification by stepping from the shadows. Lieutenant Colonel Alexander Vindman, who came forward to testify based on his concerns about the propriety of President Trump’s communications to Ukraine President Zelensky, ultimately sacrificed his military career (and, because of their association, his twin brother’s career, too).

About the Author: James L. Perry

Reform and the Structure of the...

Give Yourself a Nudge

Reform and the Structure of the...

Give Yourself a Nudge