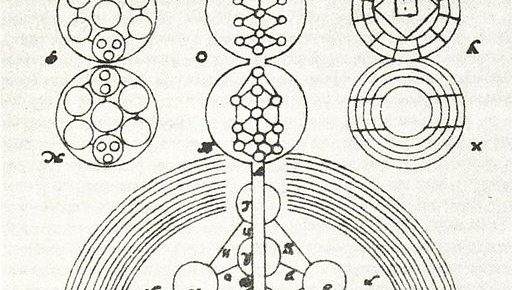 The impetus behind the shaping of this book was my desire to experience the process of writing narrative history. And indeed, the story of modern Kabbalah is both compelling and instructive for grasping historical processes.

From its first appearance in the Middle Ages, the Kabbalah was a rising force, little opposed. Yet, it was just one of several players in Jewish intellectual and cultural life, rubbing shoulders with philosophy, magic, halakha (law), custom, science, and biblical commentary. In the sixteenth century, mostly in the Galilee, then a backwater of the Ottoman Empire, it became what the founder of modern kabbalah research, Gershom Scholem, described as ‘the official theology of Judaism’. But Scholem only said half of it. This ‘new’ (again Scholem’s term), modern, kabbalah was also the motivating force behind what became traditional Judaism’s code of daily life, regulating conduct from waking to sleep. It was then and there that poems and chants written by kabbalists became part of the weekly and yearly soundtrack of Jewish religious life.

It was also in the sixteenth century that another major process got going – key intellectuals in Christian Europe, confidants of popes and emperors, hired Hebrew tutors in order to read kabbalistic texts. Over the centuries, Kabbalah moved beyond these elites into literature (the poems of William Blake and a novel by George Elliot), and then into politics. art, cinema and even Japanese anime (Neon Evangelion). Though now a global phenomenon, the Kabbalah is still focused in two main centers – Israel and the United States. Following the upheavals of the twentieth century, these locations replaced those of Eastern Europe and the Near East. In Jerusalem and New York of today, there is a wide range of options for studying or practicing Kabbalah: Universities, Yeshivas (traditional academies, men only…), monetized ‘Kabbalah Centers’, non-orthodox Jewish seminaries, amulet-producing magicians and New Age seminars.

When I say ‘practicing’, some explanation is called for: The kabbalah developed a rich variety of techniques of meditation, contemplation and deconstruction of language itself, leading to dramatic experiences of deep trance, a sense of being absorbed in God, ascending to the higher worlds and communicating with the souls of the dead.

It is this story that is described in A History of Kabbalah – from the Early Modern Period to the Present Day. The idea was to introduce readers to the full wealth and variety of schools, texts, figures and processes, over the modern centuries and in several continents. It goes way beyond popular images, urban legends or even general academic summaries to looking closely at remarkable texts, many of which are quoted or translated here for the first time. These texts are constantly placed in their historical, sociological and regional context.

These text-centered analyses, adjudicating and balancing the many scholarly interpretative options, reveal the sophisticated complexity of the manifold forms of modern Kabbalah, as they tackle the core questions of collective Jewish destiny, but even more, human life itself, what lies beyond it, and the cosmos at large.

About the Author: Jonathan Garb