Should the United States embark on a transitional justice process? A socioeconomic justice critique 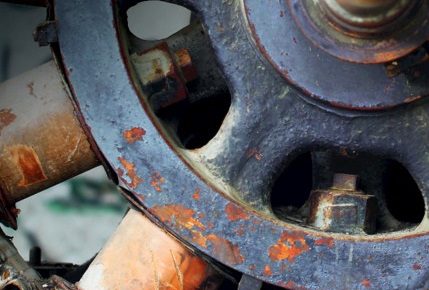 Faced with ongoing police violence in the United States, some scholars of authoritarianism and peace and conflict studies have been drawing parallels between the US and countries that are commonly regarded as undemocratic, ‘failed’ or ‘divided’. Some of these representations are problematic as they rely on stereotypical views of non-Western countries, others use parody or satire to highlight the inherent absurdity of Western-centric perspectives and media reports. Among all this, there have been calls for a ‘transitional justice’ process to deal with the consequences of mass violence, racism and police brutality in the US.

Transitional justice processes have a long history but have become commonplace especially from the 1990s, when they have been linked to peacebuilding missions and considered a cornerstone of transitions to liberal democracy and market economy. They have commonly included trials for war crimes, crimes against humanity and genocide, truth and reconciliation commissions, reparation programmes, lustration, and institutional reforms, often supported – if not led by – international organisations. There is now a vast literature on the contributions, limitations and blind spots of transitional justice as an institutional effort, and emerging alternative justice frameworks that seek to overcome these problems.

One of the sticking points of recent transitional justice debates has been its difficulty in dealing with socioeconomic issues: be they defined as violations of subsistence harms, socioeconomic rights, or socioeconomic and structural violence. In particular, it has become increasingly clear that transitional justice programmes have often attempted to ‘provide’ justice and truth in an individualised fashion that leaves the underlying structures supporting racial, socioeconomic, gendered, and other forms of violence and inequality untouched. In fact, discussions around transitional justice traditionally happen without regard for the political economy in which communities affected by violence live and seek redress. This is particularly problematic, because questions of resource distribution, livelihoods, division of labour and social marginalisation are often central to people’s experiences of violence and to their justice claims.

An uncritical adoption of transitional justice mechanisms to with deal racialised violence in the US runs the risk of reproducing these same problems. A recent statement by UN Special Rapporteurs, for instance, called for accountability and police reform, rather than the de-funding of police as demanded by the protesters. Such a transitional justice approach may succeed in creating a record of state and police violence and push for mild reforms, but it won’t necessarily address its root causes and the capitalist, racialised and patriarchal structures that support it, nor bring about an overhaul of racial relations.

While we should be wary of mainstream transitional justice mechanisms unmoored from the concerns of those who are the subjects of these justice claims, we should instead ground any discussions on dealing with mass violence and doing justice precisely in the concerns of the protesters and of Black people who have been violently attacked, disenfranchised and marginalised. Reparations, for instance, have long been a key demand in the US, and should be part of the conversation. Social mobilisation – including that we are now witnessing throughout the US – should not be taken necessarily as an obstacle, but as one expression of this process of dealing with injustice. A justice process that is potentially transformative would also need to engage with political economy questions, be open-ended and grounded in existing communities and their mobilisation efforts. Most of all, it should respond to the communities’ own conceptions of justice and redress rather than reflecting faulty international frameworks.

About the Author: Daniela Lai