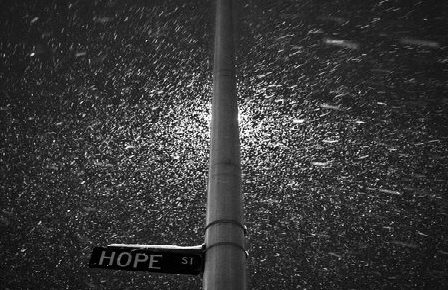 Although religious practice has not withered away as some once predicted, its continuing influence is the source of widespread unease. Theorists such as Charles Taylor suggest that modern science and market capitalism have banished the gaps and crevices through which transcendence used to appear. In response, my book – Hope in a Secular Age – argues that secular societies remain open to transcendence because people continue to hope.

In my understanding, hope loosens the grip of what is presently familiar, pressing us toward a world that surpasses the status quo. Crucially, this desire connects religious and political commitments: in both cases, hope inculcates an alert receptivity to that which is beyond oneself. However, since complacency is a constant danger, this openness must be maintained through disciplined self-critique.

My account of hope draws on deconstruction and negative theology, two traditions that are rarely associated with hope. On the one hand, Christian theologians argue that, because God is radically distinct from the world (as its creator), God is inconceivable. In arguments that became canonical, Dionysius the Areopagite argues that every name for the divine must be negated through apophasis (that is, “unsaying”). On the other hand, recent French philosophy highlights the instability of conceptual and political systems through continual critique. According to Jacques Derrida, present understanding is unable to capture that which is to come, and so talk of the future must be deconstructed. Although both traditions are famously austere, I think their negativity tells us something important about hope.

In my reading, Derrida and Dionysius believe that people tend to project themselves onto that which is different, and they both worry that this forecloses the unexpected. In order to resist this danger, they both insist upon practices of self-critique that open the individual to the unexpected. Where some theorists worry that critique corrodes the possibility of affirmation, these traditions show that negativity is needed to preserve the possibility of future transformation. Rather than enforcing absolute silence, deconstruction and negative theology model an uncertain affirmation that exemplifies hope.

Because religious and political commitments both go beyond the evidence, Dionysius and Derrida suggest that they must be sustained by an uncertain faith. Leaders like to act as if their cause is guaranteed to succeed, but experience suggests that this confidence is unstable. On my account, hope constitutes an ethical discipline that allows affirmation to persist despite its uncertainty. Where some political theorists relegate religious commitment to a private sphere that is separate from secular politics, my argument indicates that the secular and the religious should not be opposed, for they share a hope that presses into the unknown.

Insofar as hope holds a longing that remains unfulfilled, it highlights the gap between present reality and the desired future, inspiring restless dissatisfaction with the status quo. In my view, rather than explaining away the pain of the present, hope is what allows us to squarely face the fragility of human life. It is for this reason that I think we need hope now more than ever: hope enables a pessimism that resists depression, it admits discouragement without falling into despair.

It does no good to pretend that things are easier than they are, but hope allows us to honestly acknowledge the difficulties we face while working as well as we can to address them.

About the Author: David Newheiser

David Newheiser is a Research Fellow in the Institute for Religion and Critical Inquiry at Australian Catholic University, Melbourne. His work has appeared in The Journal of the American Academy of Religion, The Journal of Religious Ethics, and Theory, Culture & Society, and he is the editor of numerous collections, including Desire, Faith, and the...