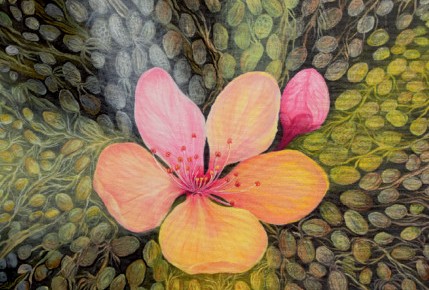 Reason and cause are never newsworthy but always timely. They are responsible behind the scenes for all scientific, technological, and medical advances, and play a major role in our economic and social life. They are noticeably less evident in politics. Their absence has received much attention in recent years with the rise of fake news and conspiracy theories.
Reason and cause make responsible citizens. They also make good scientists and this is the subject of my recent research. For a long time scientists have asserted authority on the basis of objectivity. That objectivity in turn rests on their application of reason to evidence, often in search of causal connections. Social science claims status on much the same grounds. It is on shakier ground because its assumptions and practices are more culturally specific. Social scientists do not recognize this truth and denial is not a successful long-term response.
Most physical scientists have come to recognize that cause is not a feature of the universe but an artifact of the human imagination. It is often a useful one, and sometimes not, as in quantum mechanics. In the social world cause is much harder to establish and attempts to do so often rest on unquestioned and questionable assumptions about human motives, rationality, and the likelihood that people will understand the constraints and opportunities generated by their environment the same way as analysts do. At best claims of causal are rhetorical and evidence suggests that even other scholars find them convincing or not more on the basis of their assumptions than their logic or evidence. Social science ultimately relies on salesmanship and particular epistemologies and paradigms dominate largely on the basis of their control over the institutions that train students, award grants, and publish research.
Reason, like cause, has long been assumed to be an objective, neutral tool. Here too the evidence suggests otherwise. The modern conceptualization of reason as instrumentality is part and parcel of the shift in focus away from the ends we should seek to the means of best satisfying our appetites. This transformation constitutes a challenge to the assumption shared by so many philosophers and social scientists that reason and cause are objective and universal concepts. Moreover, what is reasonable is a function of the purpose for which we are using reason. Instrumental reason is appropriate to some human goals in some circumstances, but, as Max Weber was perhaps the first to point out, it is not how people use reason in other circumstances. It is nothing short of arrogant to accuse them of being irrational when they are using a different understanding of reason.
Our conceptions of reason and cause are closely related and the evolve together over time. The most recent era of dramatic change, the early twentieth century, led many social scientists to search for correlations that could be used to make predictions. This move sought justification from David Hume’s concept of “constant conjunction.” If “A” and “B” were always paired and “A” appeared before “B” it was its cause. Interestingly, Hume intended his formulation to describe the kind of associations how ordinary people made not as a foundation for science. Social scientists were nevertheless keen to adopt it because it all but finesses cause by denying any need to account for any mechanism or process that might make “A” responsible for “B.” I theorize that social science embraced this approach because cause became more important in industrial society populated by agents who no longer behaved in accord with traditional norms but gamed their behavior and even misrepresented themselves to advance their goals. This behavior made cause more difficult to trace as did the fact that so much of what happened was attributable to forces over which people had little to no control. Humean causation and the search for regularities that would allow prediction, which would substitute for cause as a means of coping with this more complex world.
This approach is reaching a dead end. There are no constant conjunctions in the social world and imperfect conjunctions are useful for prediction. Thoughtful quantitative researchers have begun to search for mechanisms that might explain the relationship between their variables, and thus have returned to the search for cause. We live in an era arguably about to witness another shift in our understanding of both cause and reason. 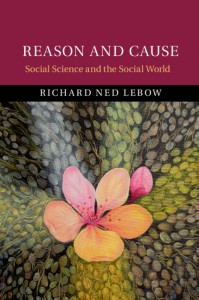 Reason and Cause by Richard Ned Lebow

About the Author: Richard Ned Lebow

Richard Ned Lebow is author, co-author, or editor of forty books and over 300 peer-reviewed articles and chapters. He has made contributions to international relations, political psychology, history, political theory, philosophy of science and classics. He has taught at leading universities in the US, UK and Europe. His books have won multiple awar...