Why Does the Law Obligate? 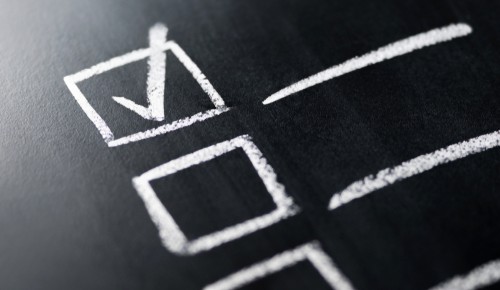 How can the edicts of a sovereign power—monarch, democratic assembly, or other institutional arrangements—succeed to engender obligations for a multitude of subjects, most of whom hardly know (let alone approve of) the contents of such edicts? Stefano Bertea investigates.

How can the edicts of a sovereign power—monarch, democratic assembly, or other institutional arrangements—succeed to engender obligations for a multitude of subjects, most of whom hardly know (let alone approve of) the contents of such edicts? This question, which has been traditionally discussed under the heading of “political obligation”, lies at the root of the debate concerning the justifiability of the general requirement to obey the law—all laws, all the times, at least insofar as the system of those laws is not extremely unjust. Many are indeed puzzled by the piece of magic allegedly capable of turning the mere fact of political power and domination into legitimate authority, namely, into an institutional framework making claims that are presented as not merely operative but justified too. And why should not we be mystified, after all? Magic is inherently enigmatic, baffling, and perplexing.

A Non-Political Way around the Political Obligation Conundrum

For centuries philosophically trained minds have tried hard to dispel the mystery and vindicate the obligation-generating capacity of the law. In this effort, professional legal and political philosophers, especially those undertaking research from the armchair, have put forward ingenious justifications of the fact that those living in a country have a presumptive obligation to act in conformity with the laws validly passed by the legal institutions governing that country. Of those justifications, some have appealed to the negative consequences associated with legal disobedience: unless all legal subjects (or at least a healthy majority of them) regularly treat the obligations associated with the law as genuinely binding, our societies would rapidly disintegrate and collapse into a state of destructive and pernicious anarchy in which no one would be certain of their life and goods. Other researchers have looked for more principled, or deontological, justifications of the political obligation.

We should obey the law, certain legal and political theorists argue, since at some point in time explicitly or implicitly we agreed to have our social interactions governed by the law, and the law could hardly perform its regulative function without setting forth duties binding us all. Other advocates of the deontological justifications of the general obligation to obey the law appeals to different principles and ideas, some of which have currency outside the legal discourse whereas others seem to be distinctively and parochially legal: the principle of gratitude, the notion of fair play, the idea of a natural duty, the concept of associative obligation are only some of the justificatory reasons used to support the conclusion that the law possesses the capacity to engender obligations those living within its jurisdictions are bound by.

Imaginative and sophisticated as the those justificatory strategies are, they have so far failed to convince the generality of students of political obligation, who especially in the last four decades have in fact been inclined to deny that the existence of a system of laws is in itself sufficient to provide those subject to the law with a (presumptive) duty of obedience. The mere fact that a norm has been issued in accordance with certain procedures is no reason to conclude that there is an obligation to conform to it, or so the majority view goes today. This statement, convincing as it may be found by contemporary legal and political theorists, raises as many concerns as those it seeks to address. Insofar as it holds true, one should think that there is nothing conceptually amiss in an obligationless legal order, namely, in a system of social governance that is constitutively incapable of engendering obligations. Yet this thought is disquieting, for it radically dissociates law and obligation, which by contrast legal officials, practitioners, and laypeople alike have traditionally regarded as intimately connected. At which point the extensive use of obligation-related constructs and terminologies in legal discourses would be hard to explain. Nor would it be straightforward to make sense of the fact that paradigmatic legal materials, such as statutes, judicial decisions, and doctrinal commentaries, make reference to obligation either directly, by specifying what one is obligated to do, or indirectly, by attributing rights, powers, claims, and privileges—which positions are conceptually related to duties. 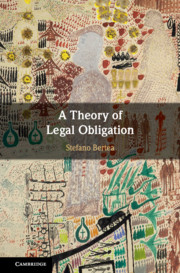 A Theory of Legal Obligation by Stefano Bertea

Similarly, what should we make of the fact that in legal proceedings practitioners—judges, prosecutors, lawyers, juries—and in their ordinary lives laypeople frequently make assertions about which obligations under the law certain parties have in specific circumstances? And, to continue, one may wonder whether the sceptical view is compatible with the recognition of the prescriptive structure of the law. The fact that an important part of the legal domain has to do with norms prescribing courses of conduct seems indeed to buttress the thesis that key legal statuses can only be expressed through the use of the notion of obligation along with its opposite number, the notion of a right. This in turn calls into question the sceptical stance towards political obligation—a stance allowing for the possibility that the law incorporates no obligatory dimension.

In sum, whilst the dominant view among contemporary legal and political philosophers is that no necessary link exists between law and obligation, legal practice does refer to, and rely on, obligations and pervasively so. This mismatch invites one to consider shifting the perspective of the enquiry. Thus far sceptics and non-sceptics alike have engaged in arguments that are densely and thickly political: they have offered political reasons aimed at showing that the law is worthy or unworthy generalised obedience and have insisted on the value or disvalue of legal obedience. A promising fresh start may consist in looking at political obligation from a conceptual standpoint, as opposed to a political angle. Taking the conceptual standpoint, which is concerned with establishing how legal obligation is best conceptualised, leads one to seek and determine whether the obligations the law generates are merely technical and intra-systemic demands or rather rationality-related and robust claims that concur with social and moral requirements to settling the course of conduct that ought to be performed on a particular occasion. Front this point of view, a theory of the nature of legal obligation is to be considered the essential preliminary step in a systematic treatment of the obligation to obey the law. For not only has such a theory the potential to orient us towards sceptical or non-sceptical answers to the question about political obligation but also (and related to this) it can significantly, constructively, and innovatively contribute to the century-long debate concerning the justification of the general obligation to obey the law.

About the Author: Stefano Bertea