Understanding the Arts in the Period of Reformation

Written by: William A Dyrness 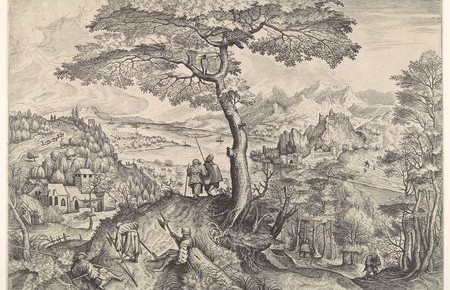 While working on a book on the religious influences on Modern Art (Modern Art and the Life of a Culture [2016] co-author, Jonathan Anderson), I was struck by the widening scope of motifs sparking aesthetic treatment in the modern period. Where did this impulse come from? How did artists turn from the narrow range of religious, historical and classical topics, to pay artistic attention to virtually every corner of the world and the full range of human experience? Since I had spent time previously working on the visual culture of the Reformation (Reformed Theology and Visual Culture [2004]), I suspected the changes occurring in that period—the Renaissance, voyages of discovery, religious turmoil—had something to do with this development. But granted that many new fields of exploration were opened up, along with new techniques of investigation, why would any of this be worthy of aesthetic attention?

My reading increasingly convinced me that the fundamental change represented by the major reformers—Luther and Calvin in particular—fueled a transformation of interest from a narrowly defined religious journey from birth and baptism to the last judgment, to a dramatic sense of God’s presence in everyday life and the human stake in this drama. Though initiated by Luther’s sense of the joy and struggle (Anfechtung) of human life in the world as both sinner and forgiven, this dramatic landscape was further elaborated by Calvin’s lengthy description of creation as a theater for the glory of God in Book I of his Institutes. There the Reformer develops a vivid image of both the wild splendor of creation and the dramatic call for the spectator to respond—a response that is emphatically visual and aesthetic. As Calvin insisted: “You cannot in one glance survey this most vast and beautiful system of the universe, in its wide expanse, without being completely overwhelmed by the boundless force of its brightness” (Institutes, I, v, i).

The weight and attraction of this dramatic situation is underwritten, for Calvin, by the presence of God and the play of sin and redemption that is being performed there. In whatever way this was understood or received, however, this play called fresh attention to the drama of life and the grand panorama of creation. This changing focus surely played a role in the rise of realistic theater, as is increasingly recognized, and in developments in portraiture and even architecture, which I discuss. But one place where its influence is most assured is in the rise of landscape painting, Consider this early example: Johannes van Doetecum’s (1603) treatment of an image by Peter Bruegel shows two soldiers pausing to enjoy the spectacle before them, inviting the viewer to follow their gaze. Here is a vista, Boudewijn Bakker claims,  where “all see—the first time in history—the landscape as a picture, as a painting waiting to be painted…[the] first instance of a modern purely aesthetic view of landscape” (Landscape and Religion [2012]). Deeply influenced by the Reformation Bruegel saw the world as both a work made and a self-revelation of God. And his work embodies all the features of landscape that developed in the succeeding century—its realism, simplicity, and restraint. And here too, I argue, is one distant source for the modern system of the arts and its promiscuous visual obsessions. 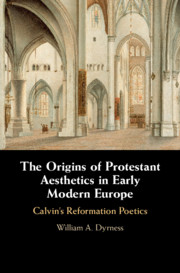 The Origins of Protestant Aesthetics in Early Modern Europe by William A. Dyrness

About the Author: William A Dyrness

William A. Dyrness is Senior Professor of Theology and Culture at Fuller Theological Seminary, California. A scholar of the art and religion of Reformation Europe, he is the author of Reformed Theology and Visual Culture: The Protestant Imagination from Calvin to Edwards (Cambridge, 2004) and most recently, Poetic Theology, God, and the Poetics of ...