How digitization impacts the creative economy 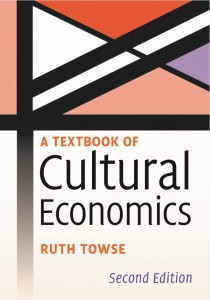 In the ten years since I wrote the first edition of A Textbook of Cultural Economics, the cultural sector – the arts, heritage and cultural industries, jointly known as the creative industries – has been revolutionised by digitization and, as with other revolutions, things have changed in unimagined ways. Nowhere has this been more evident than in the cultural sector.

It is not only in the real world that the ‘revolution’ has taken place, however. Economics, or more specifically industrial organisation theory, has also radically changed into ‘platform’ economics along with new business models adapted to the digital world. While these developments were noted in the first edition of the book, in the second they are brought to the fore with exposition of the theory and empirical evidence of these changes.

The first burst of interest in cultural economics coincided with concerns about the impact of piracy in the music industry and indeed, that industry has experienced huge shifts from sales and downloads to streaming with implications for the earnings of artists and the structure of the industry. Gone are the days of royalties based on sales of hard copies – a trend that subsequently hit book publishing. Copyright law struggles to cope with these changes, though institutions such as the collecting societies, at least in the major developed countries with the biggest markets, are adapting. 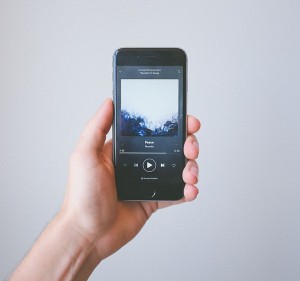 Many of the changes due to digitization have been positive, however, again in unexpected ways. Opera and ballet, typically the least popular of the performing arts, have emerged like a butterfly from a chrysalis! Bursting out from the constraints of opera theatres with restricted seating, ‘live’ transmission is now streamed to a cinema near you. The same is true of spoken theatre, a more popular art form in the UK but less so elsewhere. These manifestations raise conundra which have been contemplated in cultural economics since its inception in the 1960s. Clearly they increase access for consumers, usually an aspect of cultural policy, but are they substitutes for or complements of the in-house performance? Given the expense of filming live performances, do they favour the larger and better funded arts organisations? Will the superstar effect work here too, leaving out smaller nations and national organisations? Should the costs be financed by the state or privately? These are questions to which there are so far no definitive answers.

It is not only the performing arts that benefit: museums also have adopted digitization for visitor experience and also for the back room functions that were mostly invisible to the public, such as cataloguing, restoration and so on. Virtual walks around the building enhance the visit but also extend online to distant ‘visitors’. Again questions arise about the financial burden of these developments (as indeed, with the older question of whether museum visits should be free). Art galleries have been able to exploit the market for reproductions, with questions about the copyright issues involved.

Finally, besides these transformations of the production and consumption of these older art and heritage services, new industries such as video games have grown massively. Video games are not only suppliers of popular entertainment but also provide work for a range of artists including film-makers, actors, composers and visual artists. The making of films has also responded; cinemas have been adapted for digital rather than analogue projection and for broadcasting theatre, exhibitions and sporting events, to name but a few. All these developments raise questions about cultural values and tastes as well as economics – the ‘spin’ that cultural economics offers. All these topics are discussed in A Textbook of Cultural Economics 2nd edition, which illustrates the discussion with data and evidence from research in the field.

About the Author: Ruth Towse

Ruth Towse is Professor of Economics of Creative Industries at Bournemouth University, where she is also Co-Director for Economics at the Centre for Intellectual Property Policy and Management (CIPPM), and CREATe Fellow in Cultural Economics at the University of Glasgow. In 2016, she was made Distinguished Fellow of the Association for Cultural Eco...