Is Religion-State Separation Possible in Islam? 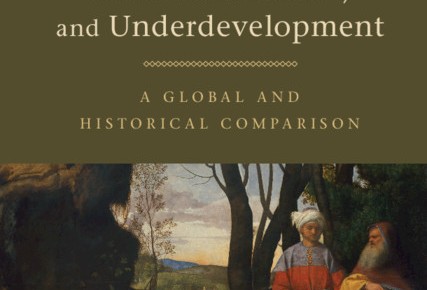 In both academia and the media, a well-known perception is that Christianity essentially embraces religion-state separation whereas Islam essentially rejects it. Defenders of this perception provide some textual evidences. To show religion-state separation in Christianity, they quote a Biblical phrase, “render unto Caesar the things that are Caesar’s, and unto God the things that are God’s.” To argue that such a separation is not possible in Islam, they refer to the fabricated hadith about religion-state brotherhood: “Religion and royal authority are twins. Religion is a foundation and the royal authority is a guard. Anything that has no foundation collapses and that has no guard perishes.”

My new book, Islam, Authoritarianism, and Underdevelopment: A Global and Historical Comparison analyzes how during and after the eleventh century this famous Sasanian maxim about religion-state brotherhood was falsely attributed to Prophet Muhammad. More importantly, the book emphasizes the existence of a certain level of separation between religious and political authorities in the Muslim world between the eight and eleventh centuries. The early ulema (Islamic scholars) attached importance to their financial independence from state authorities. They generally regarded close entanglements with state authorities as corrupting; thus most early ulema preferred to be funded by commerce. The founders of four main Sunni schools of jurisprudence and early Shia leaders were independent scholars, who refused to be state servants. They faced political persecution because of this enduring refusal.

Thus, the alliance between the ulema and the state was not an essential part of Islam; instead, it was constructed during and after the eleventh century. In fact, religion-state relations in the history of Western Christianity were also too complex to be explained by a single Biblical phrase. Interestingly, developments in the eleventh century also shaped the historical construction of church-state separation in Western Christianity.

My book’s analysis of Islam-state relations is not limited by historical examples. It is also extended to modern cases. The book reveals that 22 out of 49 Muslim-majority countries have constitutionally secular states today. Despite the historical and contemporary data showing the existence of certain levels of religion-state separation in the Muslim world, the perception of Islam as rejecting such separation has remained very influential for two main reasons.

First, the ulema-state alliance, which emerged in the eleventh century, has shaped most Muslim-majority countries until present. This particular historical experience has been wrongly regarded as defining the entire Muslim theory and practice. Second, in modern times, both Islamists and critics of Islam have promoted the image of Islam rejecting religion-state separation. Islamists have done so to pursue their ideological utopia and critics have done so to depict Islam as inherently incompatible with liberal democracy and any types of the secular state.

Obviously, I am not the first one arguing the existence of religion-state separation in certain Muslim cases. As early as the 1920s, some Muslim thinkers, such as Ali Abdel Razek, argued that religion-state separation was integral to the main message of the Quran and the Prophet’s legacy. Yet the influence of these thinkers has continued to be marginal because the ulema-state alliance has been so well-established in most Muslim societies that whoever criticizes it is likely to be marginalized, if not harassed. How and why did the ulema-state alliance become so deeply rooted in Muslim societies? Islam, Authoritarianism, and Underdevelopment provides an answer to this pivotal question.

About the Author: Ahmet T. Kuru