Can Divine Expression Be Owned?

Mary Baker Eddy – the spiritual leader and founder of Christian Science – once wrote in her 1891 autobiography that the religion of “Christian Science is not copyrighted.” This claim seems relatively intuitive. After all, how could a religion be owned by anyone?

After all, how could a religion be owned by anyone? 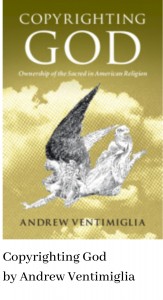 At the same time, Mary Baker Eddy zealously protected her copyright in Christian Science’s central religious text, Science and Health with Key to the Scriptures, which she first published in 1875. Eddy largely attributed authorship of this book to God. Her own creative input was limited to ordering and reordering words in order to refine the expression of divine truths. Yet, with no apparent remorse, Eddy sued individuals who copied and published portions of this text and threatened followers that quoted from her works without express permission. Eddy also actively advocated for copyright reforms that would ease registration formalities and extend the duration of copyright, so that she could control her text for as long as possible. Even after her death, the Church of Christ, Scientist successfully lobbied the government to pass a Private Bill extending copyright in Science and Health, an Act later deemed unconstitutional.

I have found that these quirky cases – some of which involved rather marginal American religious movements – could be used to think about a whole range of important questions at the intersection of religion and law: How does copyright apply differently to distinct genres of religious expression (sacred text, sermon, hymnal, commentary)? How might various traditions or denominations approach questions of textual ownership and control differently at different times and places? Even if legal rights might apply to divine expression, how are those rights invoked, enforced, and litigated? And what are the results of these kinds of theological/legal conflicts over textual ownership? By interrogating the strange intersection of religion and intellectual property, we might better grasp the complexity intrinsic to the human expression, materialization, and circulation of divine knowledge. Further, I argue that the careful control of religious media has been, and will continue to be a fundamental component of spiritual practice, both historical and contemporary.

About the Author: Andrew Ventimiglia

Andrew Ventimiglia is a Research Fellow in the University of Queensland TC Beirne School of Law. He works in the areas of legal history, religious studies, and media studies, with a research focus on the history and cultural effects of intellectual property law. Ventimiglia was awarded a Ph.D. in Cultural Studies from the University of California, ...